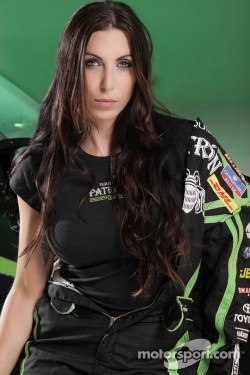 After a successful weekend at the NHRA FourWide race in Charlotte, NC, Del Worsham, crew chief for Team Patr?n, stayed behind and spent the day testing a new clutch combination that he has been fine tuning all season long with the DHL Funny Car team. While Worsham saw excellent results with the clutch combination and plans to implement it this weekend, another benefit of the test day was being able to run the DHL Funny Car (which is setup identically to the Patron Funny Car) in warm and humid weather conditions.

It is no secret that the Houston track has always been a tricky one because of the typical hot and humid weather conditions experienced in the region at this time of the year. This weekend’s forecast proves to be no exception, with temperatures forecasted in the middle-to-high 80’s (degrees Fahrenheit) on Friday and Saturday, which could mean anywhere from 120 to 123 degree track temperatures, making it the hottest weather seen so far in the 2012 NHRA season. The hot and muggy weather typically makes figuring out just the right tuning combination that much more complicated for crew chiefs. While the track temperatures in Charlotte were not quite as high during Worsham’s test session, the conditions were the most similar to what the team anticipates this weekend in Houston. “This is the first race this year that we’ll be dealing with this type of weather, so I’m glad we had that extra day in Charlotte to send the car down the track and see how it responded in a somewhat similar environment,” said Worsham.

Following Monday’s testing, the Patron team visited the Lockheed Martin Low Speed Wind Tunnel, one of the premiere test centers of its kind in the country, with Toyota engineers. Testing went well and while the comprehensive in-depth report from the Toyota engineering experts is not yet available, the Patron team was still able to learn new information about the body that can be applied this weekend. “We learned a lot right off the bat at Lockheed Martin. Even without the full data report, we were still able to take a lot of what we learned that day and apply it to the car. It was definitely a successful and worthwhile trip. Hopefully, once the engineering team is able to get all the numbers crunched and get everything analyzed, that information will help us figure out how to create the maximum amount of downforce with less drag, which should lead to faster speeds and better elapsed times,” said Jim Oberhofer, VP of Kalitta Motorsports. The state-of-the-art facility has long been a staple for testing large-scale aircraft models, government and commercial automobiles, and race cars at wind speeds of up to 200 miles per hour.

Armed with this new information, the black-and-green Kalitta Motorsports team feels more confident than ever going into this weekend. “It’s just been a very positive past few weeks for us. We’ve been consistent at the last few events and have learned a lot lately, so obviously we’re all looking forward to this weekend. For me personally, this weekend is always a special race. Back in 1989 Scott Kalitta won his very first race in Funny Car at this track, and I was lucky enough to be a part of the team working as the ‘bottom end guy’ at that time. Our organization has come so far since those days and it’s just always nice to revisit the track where Scott had his first big win,” said Oberhofer, adding “It would be cool for Alexis [driver of the Patron Funny Car] to get her first win here where Scott got his.”

As for DeJoria, she’s eagerly awaiting her return to the driver’s seat. “The car has been doing so well these last couple of races. The team has been happy because we know our car can do well. I had a weekend off to spend with the family and I'm ready to make some more passes in my Tequila Patron Nitro Funny Car.”