Anderson wants to make a statement this weekend in Pomona finale 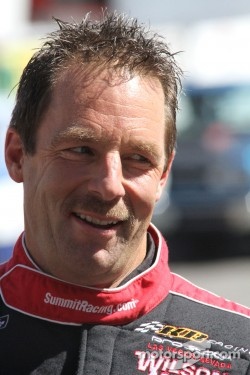 “You always try and make a statement at the last race and let everyone know you are a serious threat for next year,” explained the four-time Pro Stock champion.

“You hope to draw last blood with a victory and give everyone, including the guy who is going to become the champion, something to think about over the winter.

A win here helps give you confidence going into the off season and puts some doubt into other drivers’ minds.”

Fifth in the standings coming into the weekend at Auto Club Raceway at Pomona, this has been a disappointing year, but Anderson hopes to have some fun.

“It looks like it will be a fast track this weekend and we always like going fast – a pro-stocker’s dream,” he said. “It should be a fun weekend and KB Racing should have two fast hot rods, including rolling out a new engine in my car.

“And unlike the last two races, I’m looking forward to running to the finish line and not pulling my chutes early,” he added, referring to attempts to position himself in the past two races to help Summit teammate Jason Line, then challenging for the championship.

Johnson on the cusp of first Pro Stock Championship