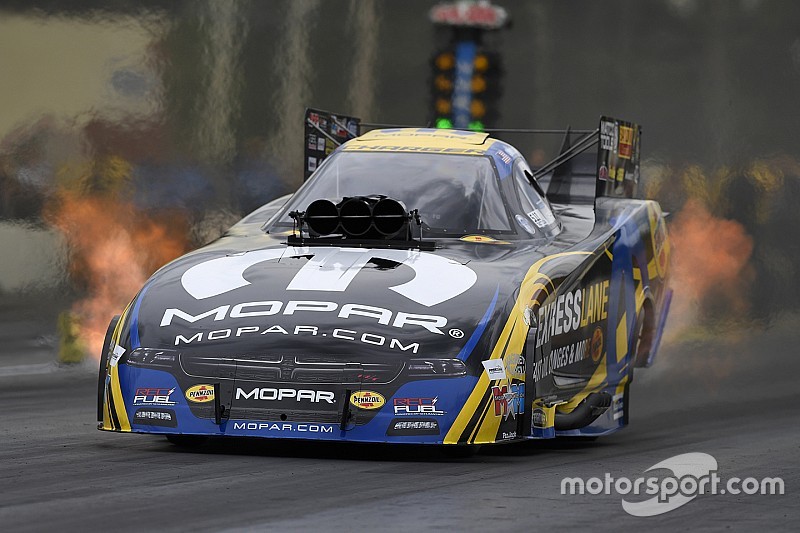 Three-time champion Antron Brown led the Top Fuel pack as NHRA teams squad gathered at the track located outside of Phoenix, ahead of the Winternationals at Pomona next week.

Brown piloted his Don Schumacher Racing Matco dragster to a pass of 3.714 seconds at 328.46mph to send him to the top of leader board. Nearest opponent was the U.S. Army dragster of teammate Tony Schumacher, whose fastest run was a 3.717s at 330.15.

“We are getting seasoned in with two new guys on our team and with crew chiefs Mark [Oswald] and Brad [Mason] at the helm,” said Brown who scored four wins last year. “It just feels good to be back in the swing of things.

“We are getting back and getting better and we will see what tomorrow brings, but right now I like the direction we are going.”

Steve Torrence, who finished second in the 2017 championship, completed runs in his regular Capco Contractor / Torrence Racing dragster, and also tried the dragster driven part-time by his father Billy.

“We had a really good car the whole time last year but struggled after the wreck at Dallas,” Torrence stated. “We were able to spend the offseason getting things addressed and go over everything with a fine-tooth comb. We’re coming here to try a couple of things but won’t deviate too much from our tune-up.”

Testing resumed today at 8am.