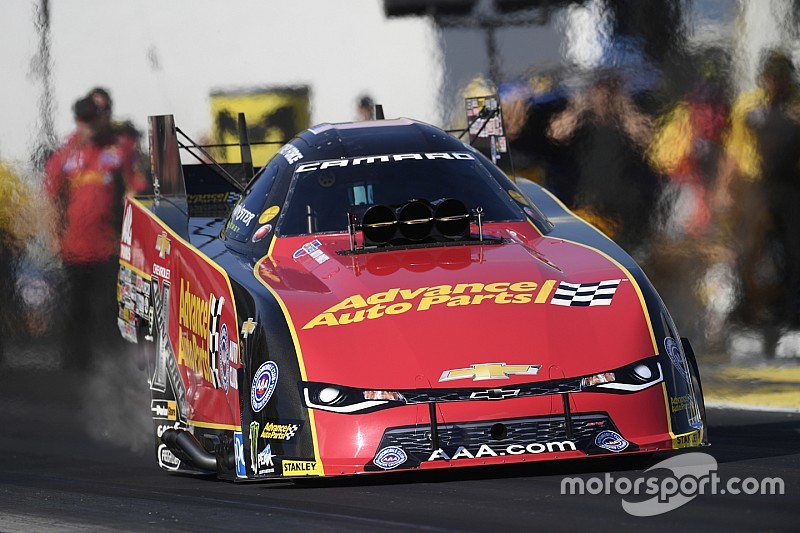 Courtney Force, Doug Kalitta and Alex Laughlin topped the speed charts after the second day of NHRA’s last test before the opening round.

Shawn Langdon, brand new to the Funny Car class in his Global Electronic Technology Toyota Camry, ran it to a 3.911 at 324.05.

“It’s been a big transition for me,” he said. “Everything I learned driving a Top Fuel dragster I take about 50 percent of that and throw it out the window. I’m excited for the challenge. I haven’t hit anything yet so that’s a positive.”

In Pro Stock, Alex Laughlin drove his Gas Monkey Energy Chevrolet Camaro to a pass of 6.484 at 210.11 and teammate Erica Enders ran a 6.563 at 208.30 in her Melling Performance / Elite Motorsports Chevrolet Camaro.