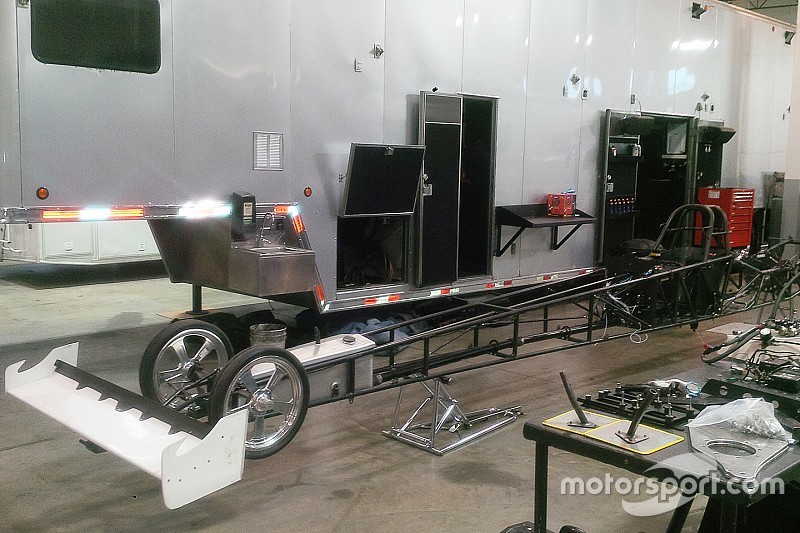 However, in January Dixon lost his ride with Bob Vandergriff Racing which was struggling for finance and eventually shut down altogether in April. Dixon, left without a seat, has performed some commentary duties on FOX Sports but also hit the track again in Australia. Having already owned the national ET record Down Under, he set the speed record during the Australian Winternationals at Ipswich.

“I’m finally 100 percent healthy now and I’m excited to go racing again,” said the 62-time race winner. “I’m so anxious to get in a car and get after it!

“We have put together equipment which could be very competitive right out of the gate. There is a lot of excitement being generated in the drag racing world, especially in Top Fuel. With the great TV packages in place and sellout crowds, I don’t think the timing could be any better than now to show that right marketing partner what we can do on and off the track.”

Dixon’s father Larry Sr. was a Top Fuel champion in NHRA Division 7 and won the 1970 NHRA Winternationals. Dixon Jr. became a mechanic before commencing his career with Don Prudhomme in 1995 and eventually earning “The Snake” two Top Fuel championships.

Said Dixon: “I’ve have spent my entire life in this sport and I’m not ready to walk away just yet. I feel like I’m just getting started!”

Seattle finals pushed back to Brainerd and Indy

Countdown to the Countdown at Brainerd