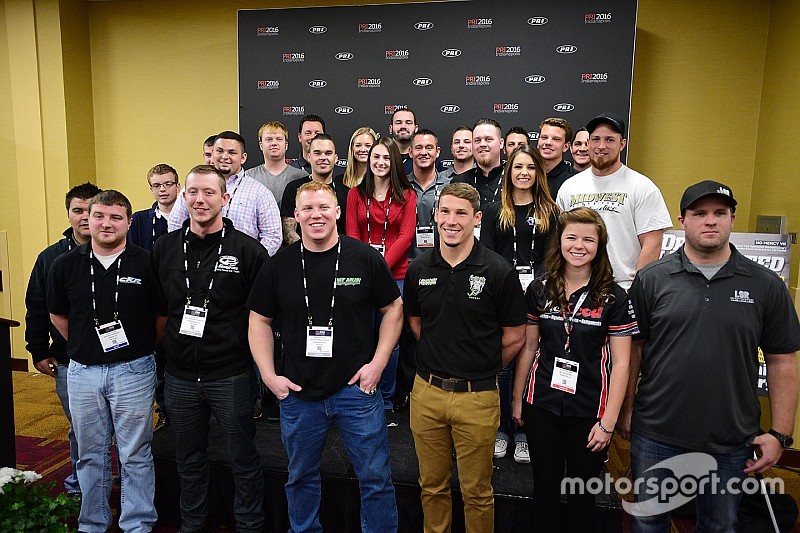 The future of motorsports is dependent on how it attracts youth, and to that end, ‘Drag Illustrated’ announced its second annual “30 Under 30” participant list at the Performance Racing Industry Show. Anne Proffit reports.

Showcasing young and upcoming talent and comprising drivers, crew chiefs, crew members and industry insiders, all under 30 years of age, these members of the subject of Drag Illustrated magazine’s upcoming ‘Tomorrow’ issue, which will be available online within the next couple of weeks and in mailboxes by the close of the year.

In making the announcement, Drag Illustrated editor-in-chief Wes Buck issued a challenge to his on-site audience, telling them that the most important thing is to promote themselves, get out in the field and let people know they want to race and to promote the sport.

“Without question, the Drag Illustrated 30 Under 30 is the most rewarding project we tackle,” Buck said. “It’s been our goal to shine a light on a slew of the most talented and promising young people the sport of drag racing has to offer, and I couldn’t be more satisfied with the group we’ve compiled in 2016.

“We know first-hand the hard work and dedication required to be successful in and around the drag strip, and we know how critical it is to validate and encourage this group of young peoples’ efforts.”

The list of honorees is wide and varied, some that are well-known in the professional ranks of drag racing and others that have succeeded in sportsman classes.

“Once again,” continued Buck, “compiling this list of just 30 young people has been amongst the most challenging projects we’ve ever tackled. In addition to our panel’s shortlist of qualified candidates, we had roughly 9,000 individual nominations via DragIllustrated.com – our biggest turnout to date.

“While we look far and wide for our sport’s champions and success stories, 30 Under 30 caters as much or more to people we believe are great ambassadors for the sport.

“I’m very proud of this group and hope being a part of this exclusive list serves as not only a significant prize for their efforts, but also as an inspiration to other young people to chase their dreams in drag racing, well knowing that they will be rewarded for it.”

Nearly all of the 30 Under 30 honorees - along with a few past recipients - were on-hand to accept their honors.