Richard comes out of retirement 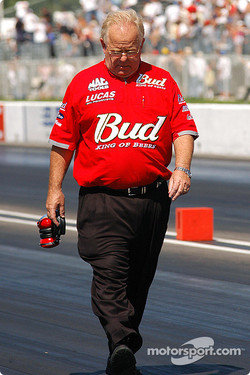 INDIANAPOLIS, April 28, 2011 – Tim Richards, world-champion tuner, today joined Don Schumacher Racing as the crew chief for the NAPA AUTO PARTS Dodge Charger R/T Funny Car driven by Ron Capps and will be part of the team this weekend at the 24th annual NHRA Spring Nationals at Royal Purple Raceway outside of Houston.

According to Don Schumacher, Richards brings championship-caliber tuning to the team and is a perfect addition to the DSR organization.

“Tim’s track record is exemplary,” said Schumacher. “He has won championships throughout his distinguished career and I believe he can provide the technical expertise and championship-quality leadership to put the NAPA car into the winner’s circle on a consistent basis.

“Based on everything Tim has accomplished in all levels of drag racing, we are confident he will be able to lead the NAPA team to success in short order.”

The 67-year-old, who had retired after the 2008 NHRA Full Throttle Drag Racing Series season following eight years tuning for Kenny Bernstein Racing and some 20 for Joe Amato, has collected six championships and 81 national-event victories in a 35-plus-year career.

He is excited about the challenge of returning to drag racing and tuning a Funny Car for this team.

“When you have been involved in drag racing as long as we have, it is not something you can walk away from easily,” said Richards. “It’s not like retiring from Sears Roebuck or a job like that. This is something you see on TV during the season, the reminders are always there. 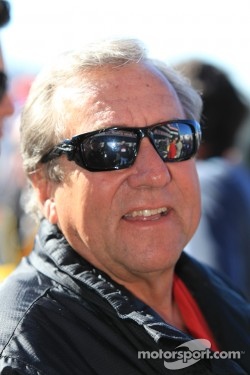 “This opportunity came along when the two of us (wife Kim who has worked side-by-side with Richards for decades) were thinking maybe we should get back to work. Sometimes it just happens at the right time.

“The question is: are you up for the challenge or not? I believe we are. Anytime you have a major sponsor like NAPA on the car, the pressure is on. You’re expected to do well – it’s as simple as that.”

Kim will be at Tim’s side, though in an unofficial basis, at least from the start. They will spend the majority of this weekend observing, consulting, familiarizing and working with Rahn Tobler and Tommy DeLago, two DSR crew chiefs who will be splitting duty between their primary roles (tuning Jack Beckman and Matt Hagan’s Funny Cars, respectively) and preparing the NAPA car.

“In Houston, we will try to see how the teams operate and how everyone is working,” he explained. “We need to learn the normal sequence of operations within DSR.

“One great thing about this organization is it operates like one big team not seven individual ones. This means I will be able to get help from some great crew chiefs, like Rahn and Tommy, not just this weekend, but going forward as well.

“This is a terrific opportunity. I have a great driver in Ron Capps to work with and he has already helped me a great deal.”