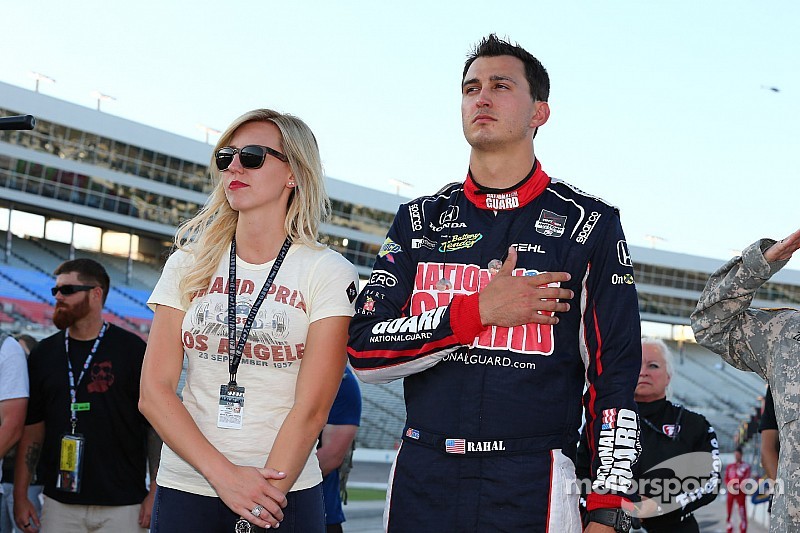 Graham popped the question on vacation in Italy.

It’s a marriage made – in the pits.

Graham Rahal, the IndyCar driver and son of the legendary Bobby Rahal, is marrying Courtney Force, the National Hot Rod Association drag racer whose father is the legendary John Force.

Both racers drive for their father’s teams.

Courtney Force announced her engagement to IndyCar driver Graham Rahal on Twtter, saying, “Well, I've just been made the happiest girl in Venice, Italy. This amazing man proposed!!  So… We’re engaged! So lucky to have an incredible man by my side. Looking forward to our future! I love you.”

It was accompanied by a photo of the couple and her ring.

Force, 26, is a Funny Car driver, one of three racing daughters of John Force, the most successful drag racer in history. Her May victory at the Kansas Nationals was the milestone 100th win by a female driver in NHRA history.

The 25-year-old Rahal is the son of 1986 Indianapolis 500 winner Bobby Rahal. He is entering his second season driving for his father's IndyCar team, Rahal Letterman Lanigan. It will be Rahal's ninth season in IndyCar. He has been a constant presence at Courtney's races as the NHRA season wound down, and IndyCar's season was over August 30.