John Force to be inducted into California Sports Hall of Fame 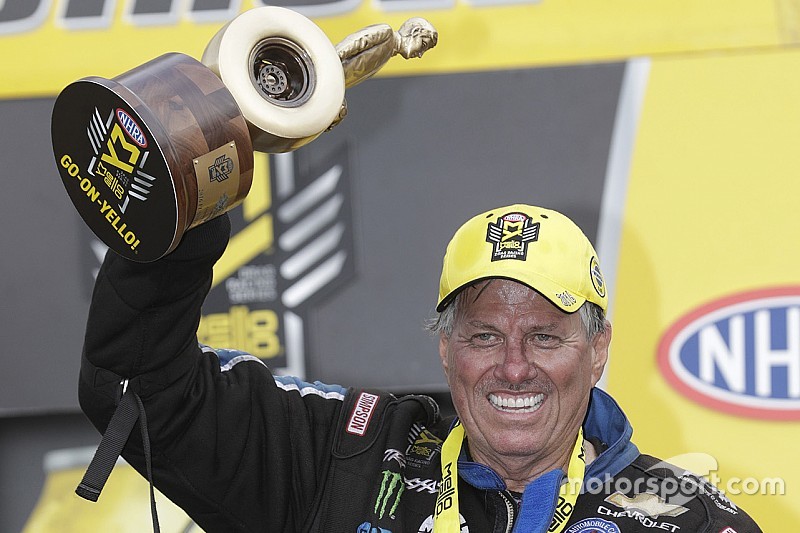 Sixteen-time NHRA Funny Car champion John Force is to become the first motorsports figure to be inducted into California’s Sports Hall of Fame, during a ceremony on June 25 at Morongo Casino in Cabazon, Calif.

The 67-year-old legend, who scored his 148th victory last month at Gainesville, Fla., was born in Huntington Park and lives in Yorba Linda. He has already entered the Motor Sports Hall of Fame of America (2008) and the International Motorsports Hall of Fame in 2012.

Unfortunately he will miss the CSHOF ceremony because he will be competing in the 12th round of this year’s championship, at Norwalk, Ohio.

He said: “I’ve worked hard to get to where I am today, and my family is following,” Force said. “To be chosen as the first motorsports representative, to take our sport of NHRA drag racing into the Hall, I feel it’s an opportunity to represent all the professional racers, from Top Fuel to Funny Car to Pro Stock to Pro Stock Motorcycle to all the grassroots racers – and to kids up-and-coming in a Junior Dragster, like my granddaughter Autumn (Hight), who some day might be in the California Sports Hall of Fame.

“I was the first, and this is a true honor.”

Force began his racing career in 1974, but it wasn’t until 1987 when he scored his first NHRA Funny Car victory. Three years later, he won his first championship, and took 10 championships in a row, 1993-2002. Since ’87, he has scored a win in every season bar one.

His team, John Force Racing, has won 18 championships overall (the other two went to Tony Pedregon in 2003 and son-in-law Robert Hight in ’09) and the team has accumulated 251 victories.