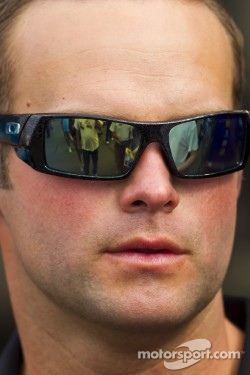 The 28-year-old cattle farmer from Christiansburg, Va., who drove the DieHard Dodge Charger R/T Funny Car to victory over Jeff Arend, is excited about returning to the Houston-area track.

"I'm thrilled to be going back to Houston," said the Don Schumacher Racing driver. "This is a great track for us, obviously a memorable one for me."

A successful Southwestern weekend is important for Hagan who comes into the race holding fifth place in the NHRA Full Throttle Funny Car championship standings.

"We've had a rough go compared to last year," said the runner up in the 2010 Funny Car championship. "Even if we don't win the race, if we can go a few rounds it will help us pick up some momentum.

"The biggest thing is to remain positive, which I am because Tommy (DeLago) is a great crew chief and has a great crew working with him. We've got some bugs to work out and we're doing just that."

Regardless of the previous-race outcome, Hagan works to maintain the same approach.

"We're all professionals, with a job to do, but we still should have fun out there," he said. "I'm coming to Houston, will get to throw out the first pitch of the Astros game Thursday night, bring some of my DieHard team with me to Minute Maid Park, and maybe this will lighten up everything."