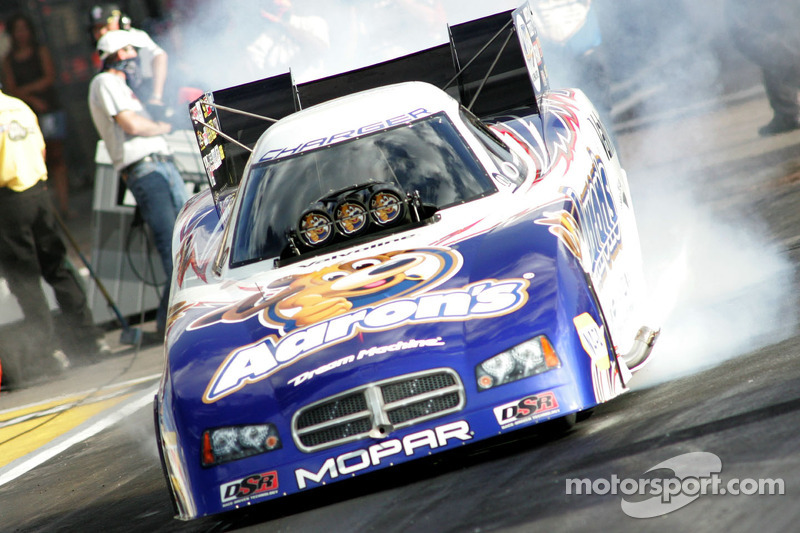 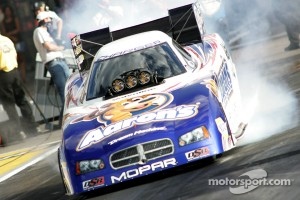 Beckman opened the weekend five points in front of his Don Schumacher Racing teammate Matt Hagan, but lost the lead in qualifying; both drivers lost second-round races in final eliminations.

“It will pretty much be a ‘push’ going into Pomona (Calif.),” he said about the one-point separating the top-two drivers heading into the 47th- Automobile Club of ¬Southern California NHRA Finals. “The top three drivers will be less than two rounds apart; the top six, less than four.

“If you could script it and write a book, this is how you would want it to come out. The only difference with a book, you can turn to the end to find out how it comes out. In our case, you have to stay with it to the end.

“This is why the Funny Car category is one of the most popular for so many drag-racing fans. For the drivers, the pursuit (of the championship) is great; that’s what we signed up for.”

Coming out of the eighth-qualifying spot, Beckman opened today’s final eliminations with a 4.238-second pass at 301.13 miles per hour to defeat reigning Funny Car champion John Force (for the seventh-consecutive time and 17th – against six losses – overall).

Round two brought DSR teammate Ron Capps who ran a 4.125 versus Beckman’s 4.208 to win the round en route to capturing today’s trophy.

The California native remains optimistic and excited about resuming competition in less than two weeks.

“I love everything about this,” he said. “I feel fortunate that I am getting paid to be a race car driver!”