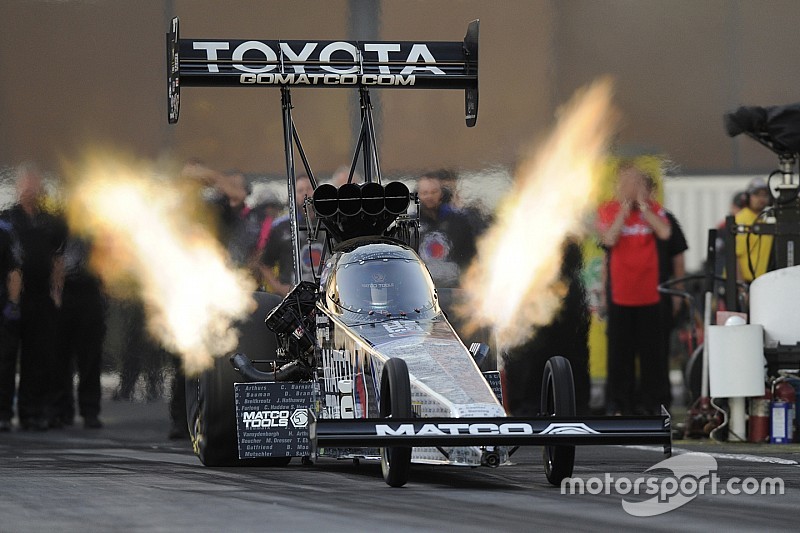 We thank new owner Chris Payne for his commitment to NHRA drag racing,

The 28th annual NHRA Kansas Nationals will be contested May 20-22 at Heartland Park Topeka, one of the quickest and fastest drag strips in the world. The event, which will be televised live on Fox Sports 1 (FS1), will be race No. eight in the regular season, bringing the season total of events for the NHRA Mello Yello Series to 24.

“Heartland Park Topeka has such a great history with NHRA as the site of many performance milestones and record-setting achievements. We are looking forward to continuing that legacy with today’s announcement,” said Peter Clifford, NHRA president. “The fans in the Topeka and Kansas City area are some of the most passionate in the country and we are excited for them to be able to continue to enjoy the NHRA Mello Yello Series. And for NHRA Sportsman racers, the track is one of the busiest in that region, and it will continue to offer many racing opportunities for those hot rodding enthusiasts.”

Said Payne: “We’re honored and excited to work with NHRA and ensure drag racing will once again thrive in Topeka for years to come. We’re grateful to be a part of such a great community who loves all forms of racing and look forward to revitalizing one of Topeka’s greatest assets.”

“We thank new owner Chris Payne for his commitment to NHRA drag racing,” Clifford added. “His love for the sport and commitment to the Heartland Park facility should be a big win for the Topeka community and for all of our racers.”