Larry Morgan has drag raced professionally for four decades and won races all over the country in a variety of racecars, yet for all his time on the track and all the success he's encountered, he has yet to win in his home state of Ohio. The 56-year-old Pro Stock favorite is hoping to change that forever at this weekend's fifth annual Summit Racing Equipment NHRA Nationals in Norwalk.

Born and raised in Utica, Ohio, Morgan has called nearby Newark, Ohio, home for most of his adult life. His race shop and engine-building facility are just 90 miles from Summit Motorsports Park, a place where he's come oh-so-close to his Buckeye dream on two occasions. 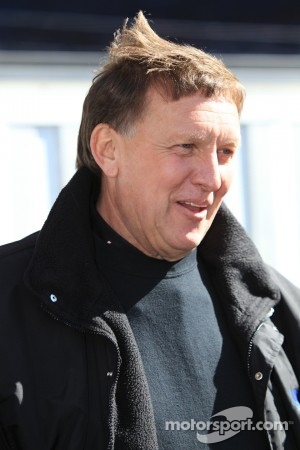 "I've been to the finals here a couple of times, in 2007 and 2008, so it's a place where we've had success," Morgan said. "Gosh, we'd sure love to go one more round this year and get a win. It would mean a bunch to an old Ohio guy like me. I know all of the guys at the shop would have fun with it, and we could sure give the fans something to cheer about.

"Is it asking to much of the drag racing gods to let me win one at home?"

Aside from stoking the home fires in Norwalk, Morgan knows he'll have plenty of support in the form of sponsors, friends, and family making the short jaunt over to the racetrack.

"Summit is a sponsor of our team and this is one of their big events, obviously, being from Ohio and all," Morgan said. "It's the Summit Racing Equipment NHRA Nationals at Summit Motorsports Park, so those folks will be there in full force, and that's exciting. That alone would make a win here very special. Lucas Oil, Ford, Moldstar, Speedco, all the people that support us are coming to this race.

"You know, it's time for us to win, and why not Norwalk? I've probably got more laps on that track than any of the Pro Stock guys out here. It's not too far from home, and it's a place where we feel very comfortable. The guys at the shop can bring their families over and we can all have fun together.

"Of course the best way to have fun is to win, so that's what we'll try to do."

A win would go a long way towards putting Morgan in the Full Throttle top 10, a perch he needs to attain to race for the championship starting after this year's U.S. Nationals. Currently, Morgan is in 13th place, 112 points behind fellow Ohioan Ron Krisher for the transfer position.

Max Verstappen got behind the wheel of a Honda SUPER GT car for the first time at Motegi on Saturday ahead of the marque's end-of-year 'Thanks Day' event.