NHRA ramps up at Gainesville this weekend 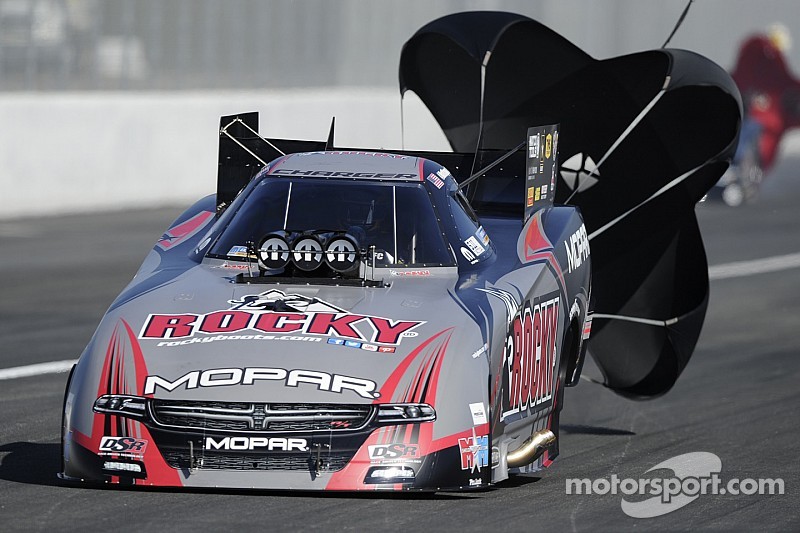 It’s one of those “givens” that the NHRA Mello Yello Drag Racing Series season really starts at Gainesville. All four professional categories - Top Fuel, Funny Car, Pro Stock and Pro Stock Motorcycle - compete at the same dragstrip for the first time this year.

It’s one of those “givens” that the NHRA Mello Yello Drag Racing Series season really starts at Gainesville. All four professional categories - Top Fuel, Funny Car, Pro Stock and Pro Stock Motorcycle - compete at the same dragstrip for the first time this year. The first three already had races at Pomona and Phoenix. They’ll be joined by Pro Mod and a full complement of Lucas Oil Sportsman classes.

Gainesville is the site of Kenny Bernstein’s 1992 300mph record; it’s also a place that’s customer friendly and far enough from what passes for civilization as to not worry the locals overmuch. The Amalie Gatornationals are a great excuse to converge in swamp country to hear, feel, smell and touch the cars and motorcycles that can travel quicker and faster in 1,000 feet or a quarter mile than anything else you’d care to witness.

With two race sessions complete thus far in the season, we know a few things about the 2015 NHRA lineup of competitors. At least in Top Fuel, Funny Car and Pro Stock, that is. The biggest problem area in all categories is the customary one in racing: money. Money inflow allows teams and drivers to show up on the grid and a lack of money stops them from being at a race. Simple economics, right?

At the start of this year, Al-Anabi Racing ceased operations when the Qatar Racing Club (QRC) withdrew their sponsorship funds, leaving 2013 Top Fuel champion Shawn Langdon and tuner extraordinaire Alan Johnson without money to go racing. Trying to get funding at the last minute is normally a futile exercise, but Johnson’s friendships over the years are helping him. With help from Guy Fieri’s Knuckle Sandwich enterprise (which is actually knives for cooking!) Langdon and Alan Johnson Racing (AJR) made the bell for Pomona and Phoenix, coming up with a win in the season opener.

Langdon and AJR will make the trip to Gainesville after stating they’d only be at the first two races - leading the standings in Top Fuel helps - with the hope that this doesn’t become a race-by-race decision but that AJR will continue to race throughout the 24-contest season. At the same time, category veteran Doug Kalitta can reach a major milestone should he take the finals victory at this great track. A fourth Wally this weekend would place last year’s winner in good company with “Big Daddy” Don Garlits, Joe Amato and Tony Schumacher as the most all-time Top Fuel winners at this track.

The big question in Funny Car is this: who can topple Matt Hagan and Dickie Venables? At this point the duo are in a zone that’s tough to touch. They won the finale last year, the season opener and at Phoenix, living in hat-trick country with their new 2015 Dodge Charger R/T flopper. The onus is on everyone else - from John and Courtney Force, last year’s Gainesville winner Robert Hight, Alexis DeJoria and a host of others, including Hagan’s teammates Jack Beckman, Ron Capps and Tommy Johnson Jr.

Does Pro Stock look to be an Elite Motorsports vs KB Racing gang fight? Well, yes it does, with reigning champion Erica Enders-Stevens off to another stout start, this year equipped with a teammate, Drew Skillman. Jason Line continues to show his prowess in developing KB’s Chevrolet Camaro but with Elite and Gray Motorsports’ Shane, Jonathan Gray and Larry Morgan on the upswing with their engine programs, maybe this will be a year of parity for this factory class? The Mopar of Allen Johnson was okay but not great in the first two races… maybe he can come back to haunt the Chevy drivers?

And now it’s the start for Pro Stock Motorcycle, with a new season, new teams, riders and motorcycles ready for action. Of course reigning champions Vance & Hines return with their V2 Screamin’ Eagle Harley-Davidson that brought Andrew Hines his fourth title in 2014 and Eddie Krawiec, a three-time titleholder. Two-time champion Matt Smith returns to action this year, albeit with a new, Victory motorcycle for himself and wife Angie. And Erik Buell Racing (EBR) has representation through the entry of three-time champ Angelle Sampey, riding with Star Racing again this year.

There are a total of 23 entries for the two-wheel class, with only 16 advancing to Sunday’s eliminations. That’s a healthy number and, again, one of the reasons people flock to the Gatornationals every year - the first chance to see the motorcycles perform. One rider who will be missing in action on the track is Adam Arana, the third member of the Arana motorcycle racing family in NHRA. Recently completing training at the United States Coast Guard Training Center in Cape May, NJ, Arana, 23, is serving on the USCGC Cheyenne, a river-buoy tender based in St. Louis, MO.

With entries in - but not necessarily closed - for the Amalie Motor Oil Gatornationals, the listing shows 20 Top Fuel cars, 17 Funny Cars, a disappointing 15 Pro Stock entries along with 23 Pro Stock Motorcycles on their way to Gainesville, FL. There are also 26 Pro Mods encamped for the start of the season, along with 17 Top Alcohol dragsters and 18 Top Alcohol Funny Cars.

Lucas Oil Sportsman qualifying begins on Thursday while the NHRA Mello Yello Drag Racing Series professional categories take to the legendary Gainesville drag strip in the early afternoon Friday for the first of four qualifying sessions. While forecasts call for between 30-40 percent chance of showers all four days, perhaps the racing gods will relent and grant sunshine in northern Florida this weekend?