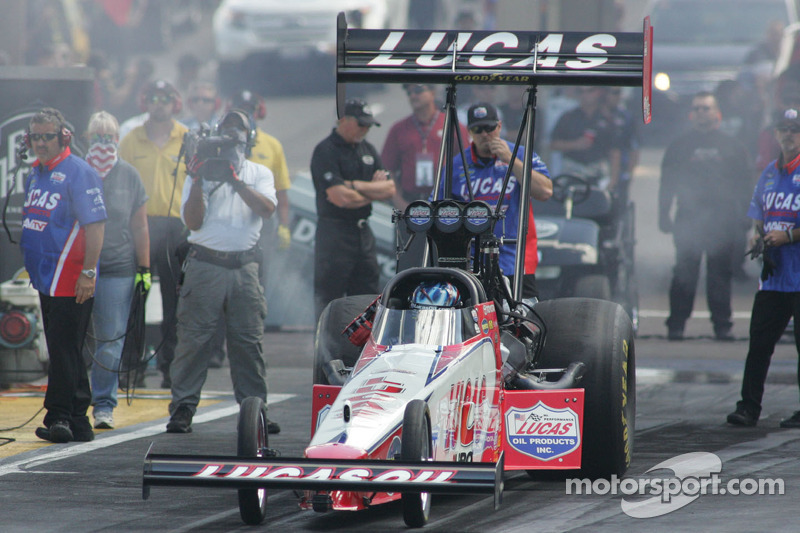 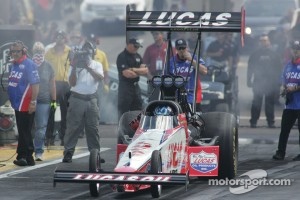 Langdon qualified 10th at Firebird International Raceway with a 4.014-second, 295.59-mph pass down a blazing hot racetrack, equaling his best effort since mid-July. He also rang up his first elimination round victory of the last six national events.

"It all started in qualifying," Langdon said. "The higher you qualify, the less chance you have of facing one of the top cars in the first round. That's what has bitten us the last few races. We didn't get into the top half, where we'd like to be, but we improved and that's important."

"The guys did a great job in Round 1," Langdon said. "And really we couldn't have done much better against Schumacher in that (left) lane. I mean, the two cars right in front of us both smoked the tires. At least we made him earn it.

"I'm pretty pleased with my driving also. My reaction times (.063 and .047) were a lot better today and I'm feeling like I'm back where I want to be."

The NHRA tour takes a weekend off before heading to The Strip at Las Vegas Motor Speedway Oct. 28-30 for the 11th annual Big O Tires NHRA Nationals.

"There's two races left this year and we want to fight to the end and win some more rounds," Langdon said. "We're not going to win the championship but we aren't giving up either. We want to race the best we can. It's a matter of pride at this point, and we'd like to have something positive to carry us into the offseason."