Canada’s Nissan Micra Cup confirmed until the end of 2020 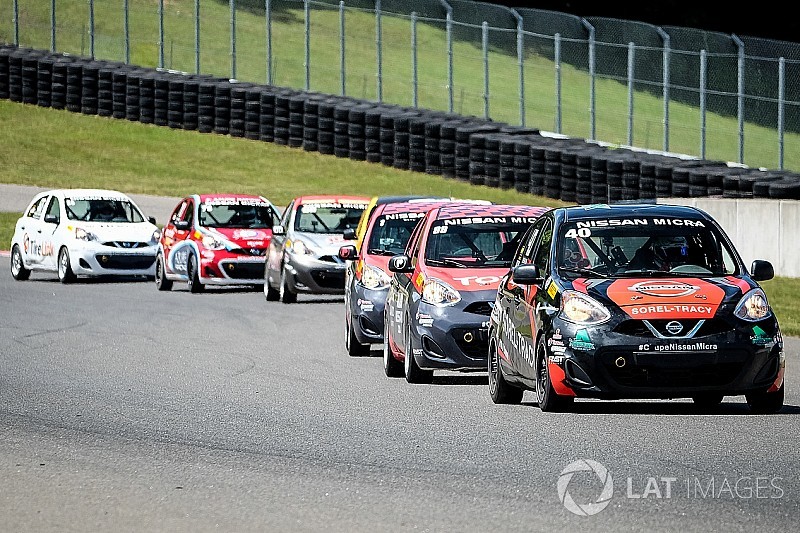 Nissan Canada and JD Promotion & Compétition Saturday night announced that the Nissan Micra Cup was confirmed for the next three seasons.

During this period, races will again be organized on Québec’s and Ontario’s most sensational and difficult road courses. The series will continue to feature showroom stock Nissan Micras that have been equally prepared for racing.

“The Nissan Micra Cup has grown a lot over the past three years – we’ve preserved the exclusive, but welcoming and professional series theme, and have opened our doors to a much larger audience,” said Joni Paiva, president, Nissan Canada Inc.

“The Nissan Micra Cup is more than just a motorsport series. It is a testament to the reliability; affordability; and quality inherent not only in the Micra, but all Nissans in the portfolio. The Nissan Micra Cup is also another way for us to connect on a deeper level with the general public, the fans, Nissan owners and Nissan dealers, and we’re thrilled to bring the family spirit of the Nissan Micra Cup back to Canadian tracks for three more years.”

A fun and reliable race car

The Nissan Micra Cup was launched in 2015 as Canada's most affordable auto racing series, with all competitors using identically prepared Nissan Micra S race cars offering fun behind the wheel and mechanical reliability. Olivier Bédard captured the title in 2015. Xavier Coupal took the crown in 2016 before Bédard recaptured it this year following a titanic battle against Coupal and Kevin King.

Over the past three years, approximately 25 cars have competed for the championship title each season, with drivers from very various backgrounds and different levels of experience. To date, the entry list has included drivers ranging from 18 to 64 year-old, four women, five international drivers and representatives from 12 Nissan dealerships.

Jacques Deshaies, owner of JD Promotion & Compétition and the series promoter said, “Since its launch in 2015, the Nissan Micra Cup has been a huge success, at all levels, both in Canada and even internationally. In three years, the Nissan Micra Cup has become a leading racing series in the national motorsports community, while also remaining the most accessible and affordable. We are very proud of this 100% Canadian achievement and look forward seeing it grow and evolve even more over the next three years.”

Details about the 2018 Nissan Micra Cup as well as the calendar will be released during the nest few months.