Nissan Micra Cup promoter talks about the future of the series 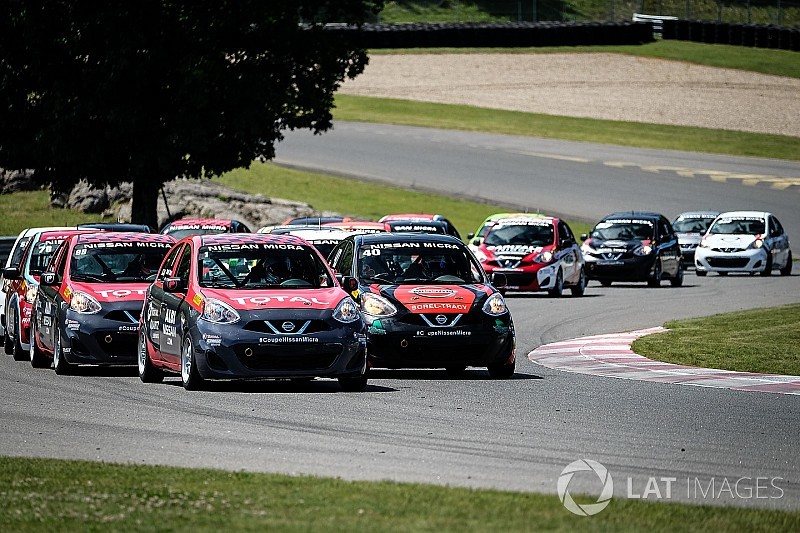 The Canadian Nissan Micra Cup is now in its third year and Motorsport.com talked to the promoter to learn a few things about the future of the spec series.

The Micra Cup is a road racing series held in Eastern Canada, featuring identically prepared, spec Nissan Micras. It is held over six race weekends with two rounds per meeting.

Spec racing series for a compact, inexpensive car has been a fixture in Canada since 1976. Several models have been used over the years, and since 2015, the little Nissan Micras have been buzzing on some of the best road courses of Eastern Canada.

Jacques Deshaies is the promoter of the Micra Cup. We met with him during the weekend of Rounds 5 and 6 held at the Mont-Tremblant circuit.

Jacques, what’s you’re opinion of the Cup at the mid-season point?
“The seven-week break that took place between meetings 2 and 3 was well appreciated by all. It looks like we’re starting a brand new season. Interest is still growing, and I just got the news of a 29th entry for the Grand Prix de Trois-Rivières, which will make it our biggest grid ever. Things have quieted down in the pack, and that’s results of the involvement of the stewards. There is less bumping, and less collisions and accidents than before. We ran the cars with the new suspensions for first time here [at the Mont-Tremblant circuit] and the handling of the car is much better now, more predictable. I think the Cup has reached its cruising speed.”

The Cup has seen several crashes and pile-ups in its first two seasons. Do you feel that things have calmed down a bit this year?
“The series has welcomed several rookies in its first two years. We even had rookies that had no car racing experience at all. For example, we have a new competitor this weekend who has raced motocross for most of his life but who has now decided to switch to car racing. That’s a big step forward. Our stewards have been very good at helping these rookies. Our Race Director Terry Dale is immensely experienced and has a right attitude. He knows how to talk to the drivers. That’s a big plus. He helped us out in giving penalties the correct way, in restructuring the penalty system and in keeping control of the drivers even in the most intense moments. However, motor racing means hard driving, and there will always be contacts, accidents and crashes. I think the whole situation is a lot quieter now. We now have video cameras in every car, and that’s a fantastic tool for the stewards to really know what happened out on the race track. The drivers now know that if they step beyond the line, they’ll get penalized.”

What’s next?
“We’re already working on Seasons five and six. We will keep the same car [the base model, 109-bhp Nissan Micra], so new competitors can buy a new car and spread out their investment over the next three seasons. We’ll find new ideas to promote the Cup. Nissan is extremely happy with the series and the return on investment. Nissan Global in Japan is very happy with our operations. We proved that we have a great recipe, and Nissan is delighted with it. I think six race meetings per season is a perfect arrangement. The Micra Cup is a professional race series, but our competitors and race officials need some time for their family life. Having just six meetings and 12 races per year also helps to keep the costs down. For those reasons, I think we’ll stay with six events next season.”