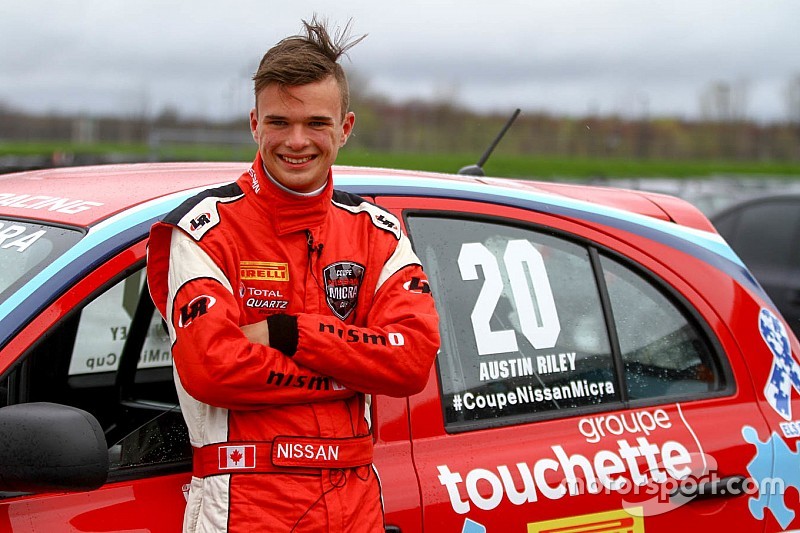 Last year, 18-year-old Austin Riley from Uxbridge, Ontario became the first person diagnosed with autism to obtain a racing license and to compete in a professional motorsport series in Canada.

At the age of 12, Austin Riley was diagnosed on the high-functioning end of the autism spectrum, but he’s loved cars and racing his entire life. He started racing Micro Rotax Max karts in 2007.

Under the guidance of his father Jason, Autin clinched several titles in his native Canada and in the United States. Jason Riley founded Racing With Autism, an organization dedicated to raising awareness about autism, which is also Austin's official racing team.

Metod Topolnik, a competitor in the Nissan Micra Cup, and his wife Marie Christine Bédard introduced the Rileys to the Micra Cup, after learning about Austin and Racing with Autism. Autism awareness advocates themselves, Topolnik and Bédard were inspired and encouraged by Austin's achievements, and reached out to his family.

Riley’s unmatched passion and emotion are what set him apart and endear him to fans and teammates. This video chronicles Austin Riley’s path to realizing his childhood dream of becoming a racecar driver in the face of adversity. It also shares how he inspired many with not only his story, but with his skill behind the wheel.

Driving for Azure Racing last year, Austin Riley, a rookie in the spec Micra Cup, scored 59 points and ranked 17th in the final drivers’ standings. Austin will be back to compete in the Nissan-supported series this season.