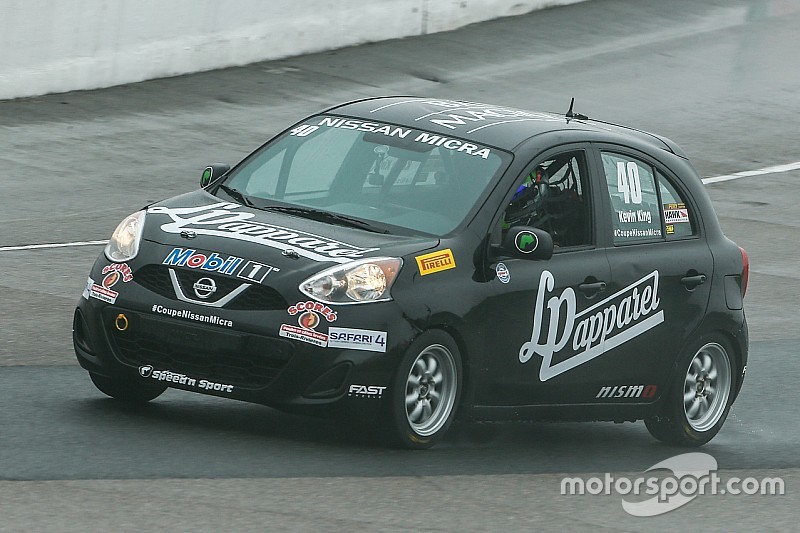 Kevin King went on to win the second race of the Nissan Micra Cup of the weekend of the Victoria Speedfest at Canadian Tire Motorsport Park in Ontario.

The field of 16 cars got the green under mostly clear skies. Bédard powered into the lead, followed by Boyer, King, Limoges, Mourad and Exton.

During Lap 2, King and Boyer powered ahead of Bédard on the Andretti straight. King emerged as the leader of the race with Boyer and Bédard in hot pursuit.

The top five cars ran nose-to-tail. On Lap 4 King was first head of Boyer, Bédard, Limoges and Mourad. Behind them Frédéric Bernier and Briton Jake Exton fought over sixth position.

On Lap 6, Bédard pulled a nice move to grab second spot from Boyer. Moment later, Bédard passed King in Corner 8 to take the lead. King was second and Limoges, third.

The top five cars continued to circulate all together. Behind them, another five-car train battled over eighth place.

On Lap 8, the two leaders, Bédard and King, managed to pull away slightly from the rest of the field.

Action got wild on Lap 9 with two, even three cars abreast for the lead! King was still in the lead with Bédard in second. Boyer lost two spots in a matter of seconds.

During Lap 12, the Micras of Ed Wong and Peter Dyke collided at the end of the Andretti straight, with Dyke’s Nissan ending on its roof. The Safety Car was sent onto the track so the workers moved the damaged cars.