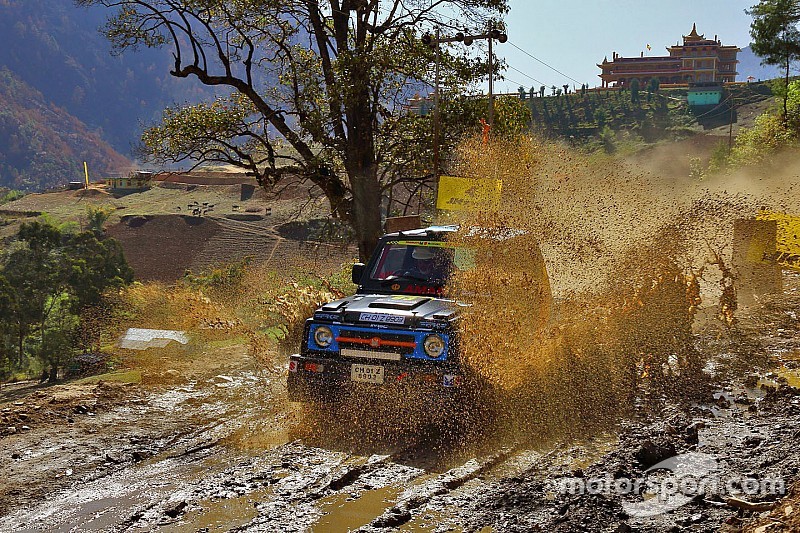 Spread over three days in the picturesque Dirang Valley, the Arunachal Festival of Speed is an annual off-road event comprising of Auto Cross, Rally Sprint and Hill Climb stages.

Ahluwalia and his co-driver Ajay Kumar won eight of the 10 stages, completing the event with a total time of 1hr00m02s

The Noida-based rallyist, who has a network of tuning shops, believed the work he put in in modifying his Gypsy proved pivotal in his victory.

“I worked on it for three months, and was managing to produce close to 150-odd bhp power that is pretty good for a gypsy,” he said. “I guess that was the only good and best part of my car: the engine."

“I gave it my all in the Special Stages. But I guess my car wasn’t suited for some of the rough terrains and the uphill climbs,” Bopaiah, who was driving a Vento, said.

Sandeep Kumar (co-driver Prathap Thakur), a seasoned cross-country rally driver, claimed the final spot on the podium, despite driving a stock car. He completed the event in 1hr02m09s, 2m07s behind winner Ahluwalia.

“I knew I had a huge disadvantage,” he said. “But I pushed myself and my car to our limits today as I firmly believe that that’s the only thing that counts, not where you finish.”

In the local Autocross event, Babit Lyngdoh emerged victorious with a time of 9m25s, while Amitabh Indar and Kevin Puro occupied the other two spots on the podium.