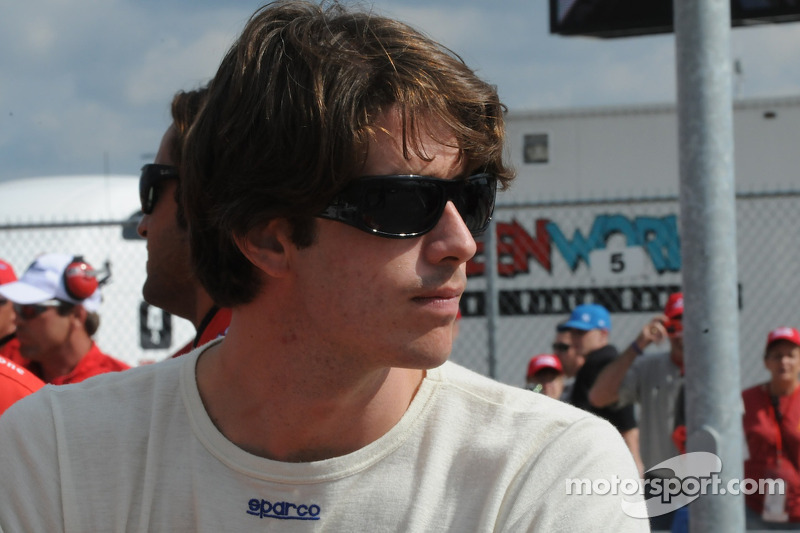 Schedule calls for three races on each of three days

Quicken Loans and Arie Luyendyk Jr. will headline a group of nine drivers in the Menards-sponsored Formula Off-Road Presented by TRAXXAS race in Detroit Friday-Sunday. The Chevrolet Detroit Belle Isle Grand Prix will feature three Stadium Super Truck (SST) races on each of the three days, with Luyendyk making his second appearance in an SST this season.

Luyendyk and his Quicken Loans truck will race on beautiful Belle Isle in the middle of the Detroit River Friday at 4:35 p.m., Saturday at 2:10 p.m. and Sunday at 1:55 p.m. While Detroit has long been known for its proud racing and muscle car heritage, the SST TRAXXAS trucks will be making their debut in the Motor City bringing a unique and thrilling style of racing that few on Belle Isle have ever experienced.

The Stadium Super Trucks will hit man-made ramps at more than 100 mph at multiple locations throughout the street circuit hurling drivers more than 100 feet down course and as high as 15 feet off the ground. The series features identically prepared trucks which are made to resemble their scaled-down TRAXXAS radio-control-car counterparts. Like their TRAXXAS namesake, the trucks are designed to take flight, however, unlike RC trucks, they produce 600 horsepower generating speeds upwards of 130 miles per hour.

“I’m excited to be a part of the Detroit Belle Isle Grand Prix weekend with Formula Off-Road by TRAXXAS,” Luyendyk said. “It’s an honor to represent Quicken Loans in their hometown. I can’t wait to hit the track and show Detroit what these trucks can do. The Quicken Loans livery looks amazing and I hope I can bring home a win in at least one of the three race we will have this weekend.”