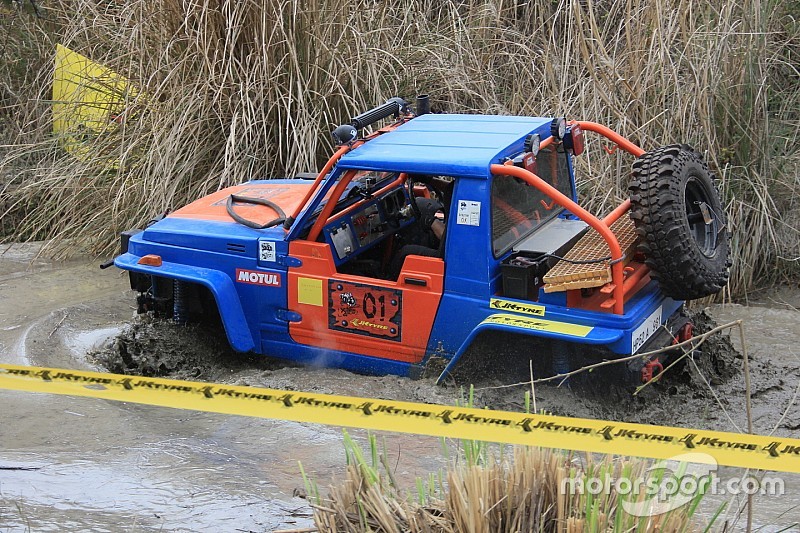 The Bangalore Off-Roaders (BODA) duo of Sidhartha Santosh and Lokesh Shivaraja have been crowned winners of the first edition of JK Tyre Xtreme 4Play.

Santosh and Shivaraja’s two-car team, assisted by co-drivers Prithviraj A C and Rohith K R respectively, completed the event with a total of 455 points to clinch the title and bag a cash prize of Rs 2 lakh [$3000].

It was second victory for Santosh and Shivaraja in a JK Tyre-organised off-road event, having triumphed in the Orange 4x4 Fury last year.

Gerrari Offroaders’ Tejinder Singh and Gurusahib Singh finished five points behind the winners in second place, having started on the backfoot with a troubled outing in Friday’s nightstage.

2016 RFC winner Gurmeet Virdi - and Kabir Waraich, who was driving the sister car - suffered a technical blow in the penultimate stage, leaving the most prominent Gerrari Offoraders’ team in fourth place.

Vijay Kumar and Pradeep Kumar were classified third, while Ritika Oberoi was honoured for being the only woman participant in the event.