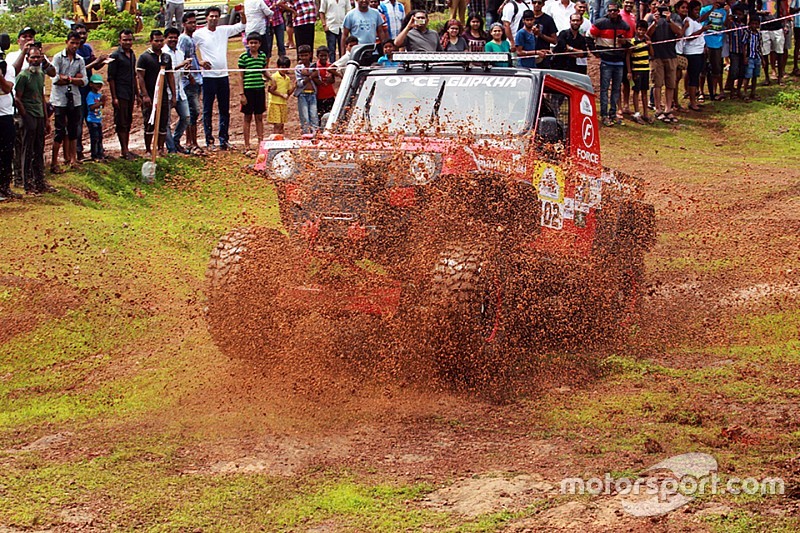 After hosting two successful editions in 2014 and 2015, organisers Cougar Motorsport have retained the rights to host the Rainforest Challenge (RFC) India up till 2019.

Ahead of the third edition, scheduled in Goa between 22nd and 29th July, organisers have extended the agreement for a further three years, through to the end of 2019.

Speaking about the extension of the contract, Cougar Motorsport’s founder & Director Ashish Gupta, said: “When we brought RFC to India, we were apprehensive about its long term success as most other international motorsport events have had very short innings here.”

“However, we have had two highly successful editions with the immense support that we have received from the Indian offroading community, our sponsors and partners, the Government of Goa and members of the media in India.”

“This has made us even more determined to boost the off-road motorsport culture in the country and therefore we have extended our agreement with Rainforest Challenge International till 2019.”

2016 will see Cougar Motorsport launch local editions of RFC as they sort to bring the popular event to the masses.

The North Regional Chapter is already underway at the Forest Hill Resort on the outskirts of Chandigarh as part of Gerrari Offroaders Chandigarh’s annual event, Offroad Mania.

The South Edition, on the other hand, will be hosted on 23rd and 24th January in partnership with Bangalore Offroaders Development Association (BODA).

“The objective of launching the Regional Chapters is to demystify RFC India for a majority of the offroading enthusiasts of the country who have been unable to witness the Mother Event in Goa so far,’’ Gupta said.

“The BODA and Gerrari Offroaders annual events are among the most prestigious off-road events of the country where off-roaders from all parts of the country converge for adventure, bonding and knowledge sharing.”

“We want to give them a taste of RFC India, right from vehicle preparation to the toughness quotient of the competition, by inviting them to compete in a few Special Stages at a nominal cost,’’ he added.

Unlike the main event, the regional rounds will only comprise of up to six special stages, with competition and vehicle modification rules also simplified to attract more participants.

Winner of both the rounds gain automatic free entry into the mother event in Goa.