Price is currently preparing for a fifth crack at the Cars section of Australia's most prestigious desert race, with the covers coming off his brand new TSCO Trophy Truck on the Gold Coast this evening.

The V8-powered beast has been modified to carry Mitsubishi Triton bodywork rather than the standard Ford-based panels in what is a world first, with Mitsubishi Motors Australia backing the programme.

The renowned Triple Eight man will join Toby Price Motorsport in a hybrid team manager role for Finke, which will include navigating for Price on the first leg from Alice Springs to Aputula.

Dutton will then focus on his team manager duties for the return leg as mechanic Joe Weining takes over the navigator's seat.

"As if you wouldn't want to have a go," Dutton told Motorsport.com. "I really rate the trucks, they are a great piece of machinery. And Toby Price is a legend. I'm actually surprised and thankful for the offer.

"I've never been to Finke, but I've heard it's like Bathurst in the desert – an epic event.

"I have a lot of respect for the fact that I don't have the experience. I'm not going to roll in and start barking orders. But I want to help and contribute, I don't want to be there as a spectator."

Dutton may be facing his first trip to Finke, but he does have some off-road racing experience. He once competed at the Goondiwindi 400 as a navigator in a trophy truck, although it broke down early in the race, while he's also been a class winner as a driver in a friend's off-road buggy.

"We entered the buggy in a special short track event in Caboolture a few years ago," he said. "I was the driver and Ty [Freele], the number one mechanic on the #88, was the navigator.

"We actually won the Pro class, but it was more because it was bucketing down and we were the last men standing, rather than me being exceptionally fast.

"That's the extent of my racing experience."

According to Price it will be qualifying that determines how much work Dutton has to do while navigating, with pace notes only really required if there's a lot of dust from other cars.

"If we don't qualify well then the navigator's got a job ahead of him because I'm relying on him to give some notes if it's dusty," he said.

"But if we get a dust-free, clean run, I know the track quite well so we won't need too many calls. He can just sit there, enjoy the ride and monitor the gauges.

"The only other job he might have is flat tyre duties. I'm not planning on having a flat, but you've got to expect the unexpected out at Finke.

"Anyway we'll give him a look at the off-road world and see how he likes playing in the dirt. I think he'll be fine, I'm sure he's been in the car with the Supercars boys plenty of times. It is a different world on dirt, though, particularly with the suspension on the trophy truck.

"I think he's excited. I'll try and scare the hell out of him."

Price, a record six-time Finke winner on two wheels, has been desperately trying to notch up a first win in the Cars section over the past five years.

He finished second on debut in the trophy truck in 2016 in what was his first crack at the 'Iron Man' – winning the same event on two wheels and four.

The following year he only competed in the truck as he recovered from a broken femur sustained on the Dakar, and was running third when he was taken out by a failed engine sensor.

Price then had a second go at the Iron Man – which involved completing each leg in the truck and then flying back to get on the bike – in 2018 and was in contention for the Cars win until a power steering pump failed.

In 2019 he focussed solely on the truck and had an eight-minute lead after the first leg, only for a rear gear to fail on the return leg.

The 2020 running of the Finke was called off due to the pandemic. 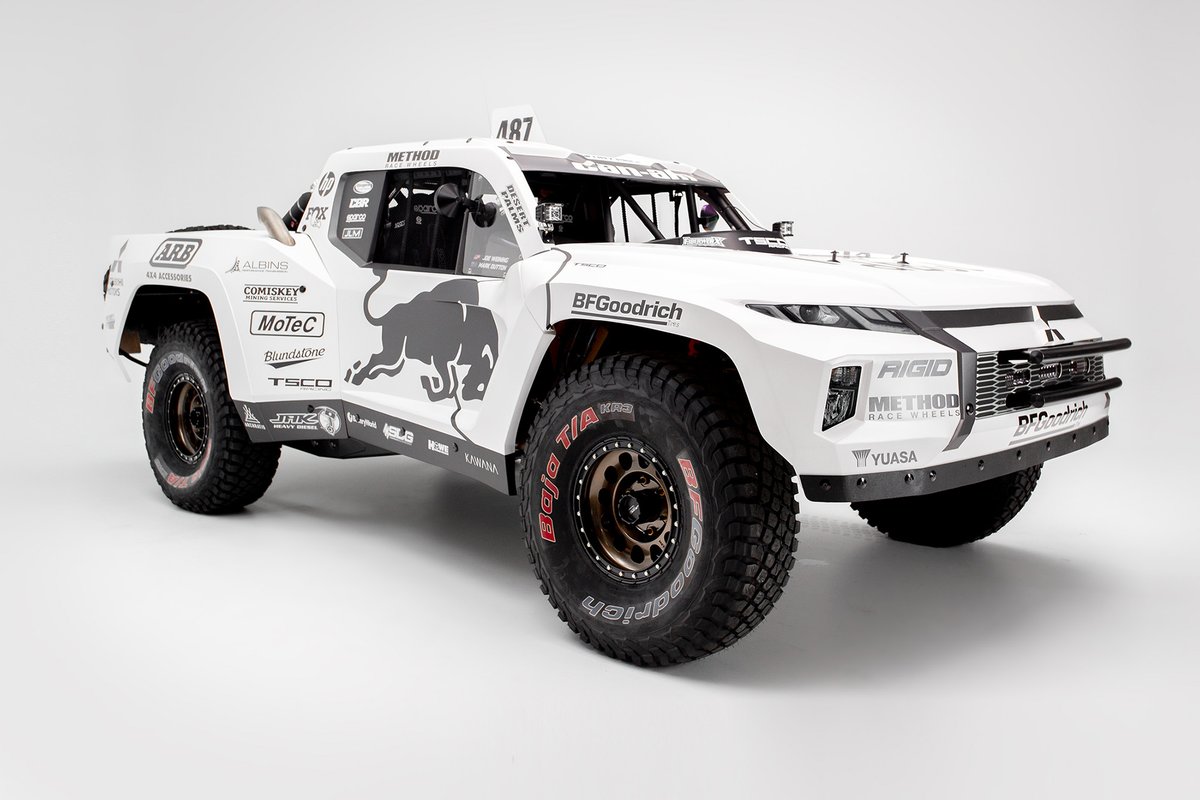