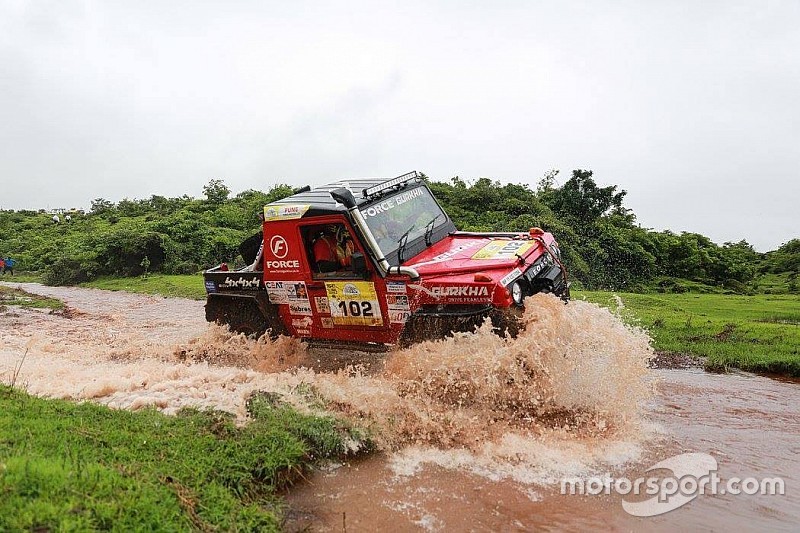 Force Motors' Merwyn Lim (co-driver Hamizan Bin Abdul Hamid) took over the lead of Rainforest Challenge India for the first time, dethroning Gurmeet Virdi in at the end of Leg 4.

Although Lim never managed to score a perfect 100 in any of the day’s six stages, his 95 points haul in both S19 and S22 puts him on the top of the table.

The Malaysian - with 1937 points on board - currently leads Gerrari Offroaders’ Virdi (co-driver Kirpal Singh Tung) by 40 points, the Indian losing chunk of points in the final stage of the day with a steering issue.

Tan Eng Joo (co-driver Tan Choon Hong), also from Force Motors, likewise struggled in the daunting S22 - which caught out the majority of the field - dropping to third in the overall timesheets.

Further back, Kabir Waraich continues to stay in fourth place, albeit by a reduced margin of 15 points over Cedrick Jordan DaSilva (co-driver Floyd Preston).

DaSilva was the first driver to finish the S22, scoring a perfect 100 to move into top five in the standings.

Among other participants, RFC South and North India winners Jagat Nanjappa and Tejinder Singh were classified in seventh and 17th places respectively.

With a day's gap for the participants, the Terminator stages begin on Thursday.