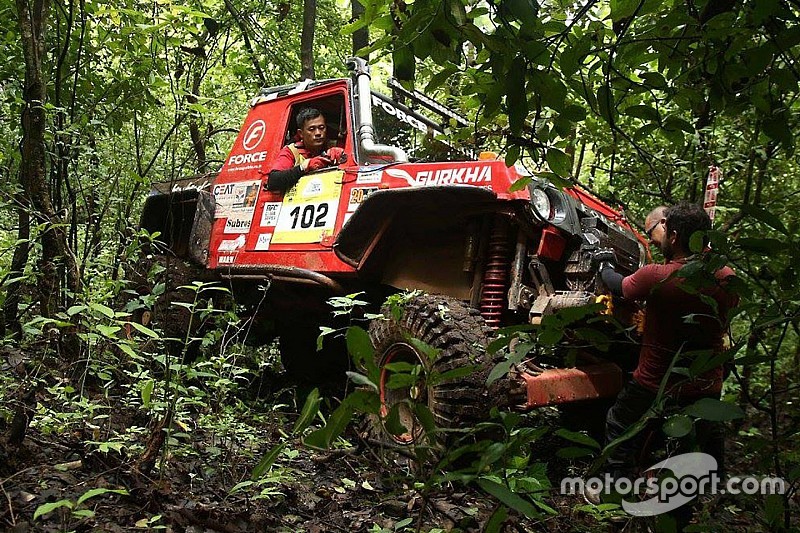 Unlike the other stages, the primary Twilight stage isn’t timed with drivers given 10 hours to cross the finish line. Those who make it to the end are awarded 100 points and progress to two further Twilight stages to be held on Friday.

The one's who pass the given checkpoint but are unable to finish the stage have 30 points added to their tally. They, however, do not qualify for the final leg.

With the top four drivers all making it to the finish, the lead remains with Malaysian Lim, who keeps a 40 points advantage over Gerrari Offroader's Gurmeet Virdi (co-driver Kripal Tung).

The Force Motors driver also became the first driver to cross the 2000 point mark with 2037 points while closest rival Virdi is on 1997.

Cedrick Jordan DaSilva ( co-driver Floyd Preston) held on to fifth despite earning only 30 points in Thursday’s lone stage, after the Indian couldn't finish but passed the checkpoint.

Apart from the aforementioned four, nine other drivers finished the stage and progress into the final leg.