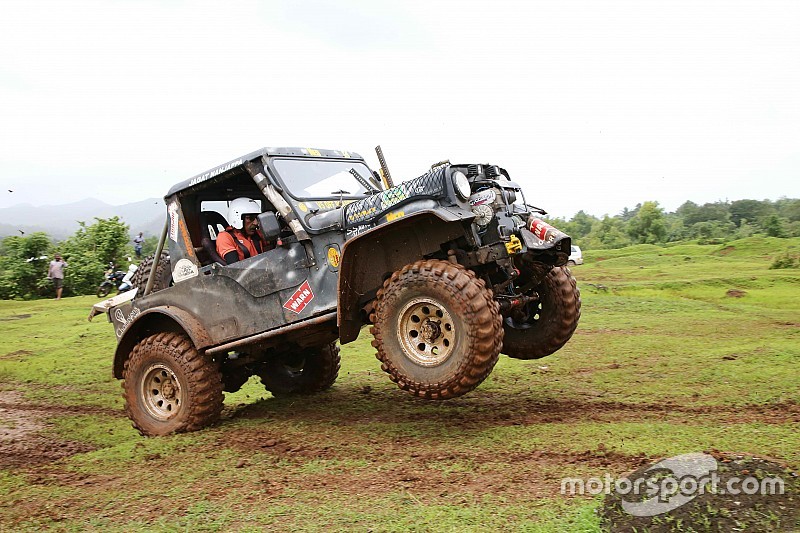 V5 Offroaders’ Jagat Nanjappa leads the Rainforest Challenge (RFC) India standings after the completing of the third leg of the off-road event on Wednesday.

Nanjappa (co-driver Chetan Changappa) started Leg 3 in third position and failed to finish the first stage of the day, before initiating a remarkable comeback drive to end the day at the top of the leaderboard.

“We rolled-down in the first stage that we attempted today and ended up with a DNF,” he said. “In the second stage, we faced technical issues with the 4WD setting of our vehicle.

“But then we pushed ourselves a little extra to make up for the lost points. Thankfully, things took a positive turn and the rest of the day went well for us.”

Defending champion Gurmeet Virdi (Kirpal Singh Tung) topped SS14 to move up to second position in the standings, trailing Nanjappa by 70 points with three days of off-roading still to go.

Gerrari Offroaders’ Sanbir Singh Dhaliwal struggled in the first three stages of the day and slipped from first to third in the standings, but a victory in SS16 means he very much remains in hunt for the win.

Wednesday’s Leg 3 took place in the Quepem region of South Goa, with four stages taking place during daylight and then repeated during the night.