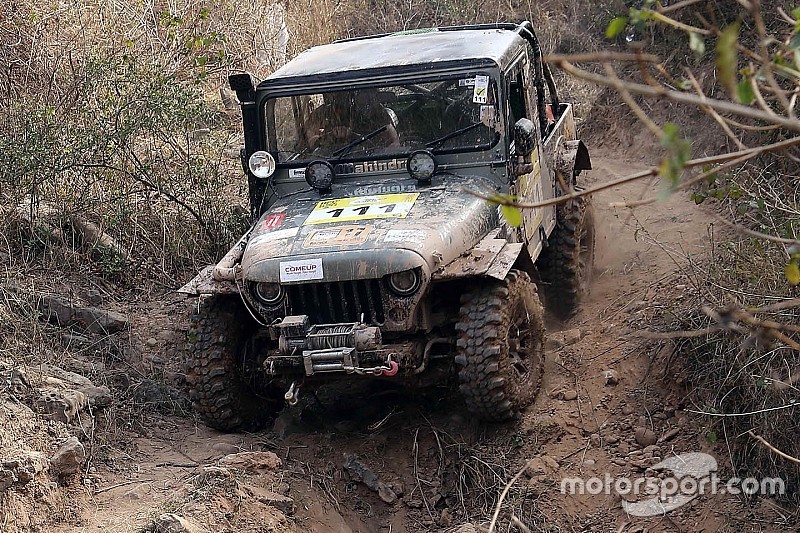 Cougar Motorsport would like to see Mahindra take part in Rainforest Challenge India, with the organisers keen on spurring up manufacturer presence in their annual off-road event.

The Indian edition of RFC was launched in 2014 with title sponsors Force Motors being the only company to provide manufacturer support to the participants.

However, the organisers say they would welcome more car-makers, although they acknowledge that less than a handful of them have such vehicles that conform with the rulebook.

Maruti Suzuki and Mahindra are two of them, but with Maruti’s hands full with slew of cross-country rallies and autocross events, the latter’s Thar off-roader is left as the only viable alternative.

“Mahindra has been watching the event very closely," said Ashish Gupta, Founder & Director, Cougar to Motorsport.com. "They also run their own events which are by no means any less.

“So, it is a question of their realizing that they should come and participate in a platform where other manufacturers’ products are also competing rather than only in events which are dominated by their own products.

“More than half the competitors in RFC India are driving Mahindra products. So, we will be happy if they come,’’ he added.

In a country where majority of the motorsports events are one-make, RFC can well prove to be a short in the arm, allowing manufacturers (Indian or International) to test their products against those of its rivals.

Moreover, Mahindra has shown significant interest in motorsport over the recent years, and competes in Moto3 and Formula E internationally.

The organisers are also pushing for bringing more foreign competitors this year, with participants from Malaysia having already taken part in previous editions.

India has generally found it hard to attract drivers from abroad, despite using its diverse terrain and weather conditions for organising some highly-acclaimed rallies and off-road events.

Indeed, foreign participation in Raid de Himalaya is now close to none, while this year’s Desert Storm saw a sole team from Austria take part and finish in the top 10

“This year, we are really keen to get some international competitors in the event and are in discussions with teams from Russia, Malaysia and Sri Lanka,’’ Gupta said.

“That would be a major attraction if we can get some of them here and work out all the logistics of shipping the cars and customs, etc.”

Not a condensed event

Gupta also says that his company left no stone unturned in maintaining the difficulty level, instead of providing a toned-down version of the Mother event in Malaysia.

And he believes this has been the one of the key reasons of RFC’s success. “We tried to replicate everything that we saw in the Malaysian event.

"We didn’t try to make it softer or easier or give participants a condensed version of the Mother Event,’’ Gupta explained.

“In terms of being the longest event, nobody had done or competed in a seven day long off-road competition. So it became a huge hit in terms of difficulty, endurance, etc.”

The success of RFC has led to creation of two regional events within India and Gupta would like to expand the calendar further, provided sponsors turn up.

“The North and South India Regional Chapters were pilots and they went off very well,’’ the Cougar chief said.

“Launching more regional chapters depends on the sponsor as well but we are keen to do more than two, maybe four.”