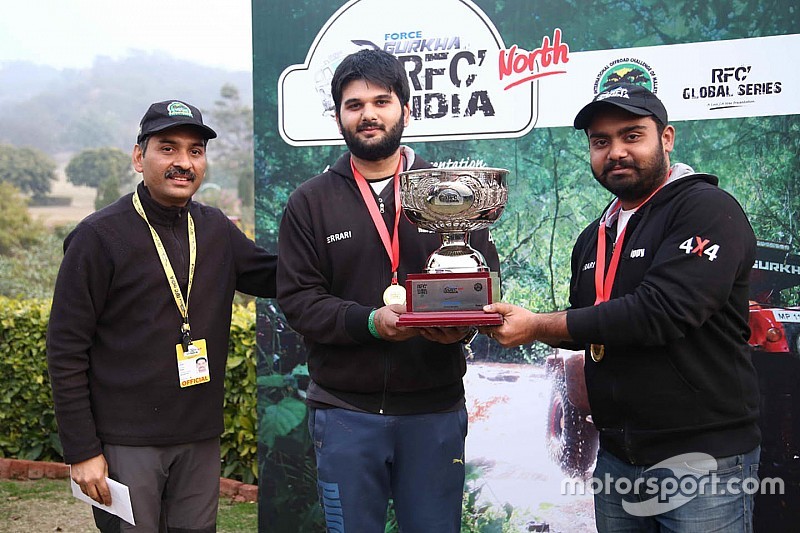 The two-day event was held at Forest Hill Resort on the outskirts of Chandigarh, where driving and vehicle recovery skills of 10 competing teams were tested across five Special Stages.

Pal Singh, along with co-driver Harpeet Singh, were crowned the winners in a Mahindra CJ3B, scoring 462 out of a maximum of 500 points.

The duo scored a perfect 100 in SS3 and have been awarded a free entry into the mother RFC event in Goa, scheduled between 22nd and 29th July.

“Harpreet and I studied the RFC India format thoroughly and watched videos of the past events to learn from the good strategies as well as mistakes of various teams,’’ a jubilant Pal Singh said at the conclusion of the event.

“We were clear that it is a team competition and in order to win we had to trust each other completely and work in tandem without losing our cool. I am very happy that our hard work has paid off.”

“Now I am going to work doubly hard to prepare for the Mother Event and do everything possible to win that ultimate trophy as well,’’ he added.

Dhaliwal [and Gunbir Dhaliwal], also from Gerrari Offroaders, was classified a further 35 points behind in third place.

The accolade for Spirit of RFC went to Bijender Singh and his co-driver Gajender Singh for competing against ‘extraordinary circumstances’.

The route for RFC North India was designed by David Metcalfe along with organisers Cougar Motorsport.

“I am happy that we could do what we had planned and announced, with so many new talented people coming to the forefront and showcasing their off-road motorsport skills with immense confidence,” Ashish Gupta, Founder and Director, Cougar Motorsport said.

“These are the future stars of off-road motorsport in India and I am happy that we have been able to give a boost to their talent through the RFC India platform,’’ he added.

Following the North edition, a South chapter of RFC India will be held near Bangalore on 23rd and 24th January.