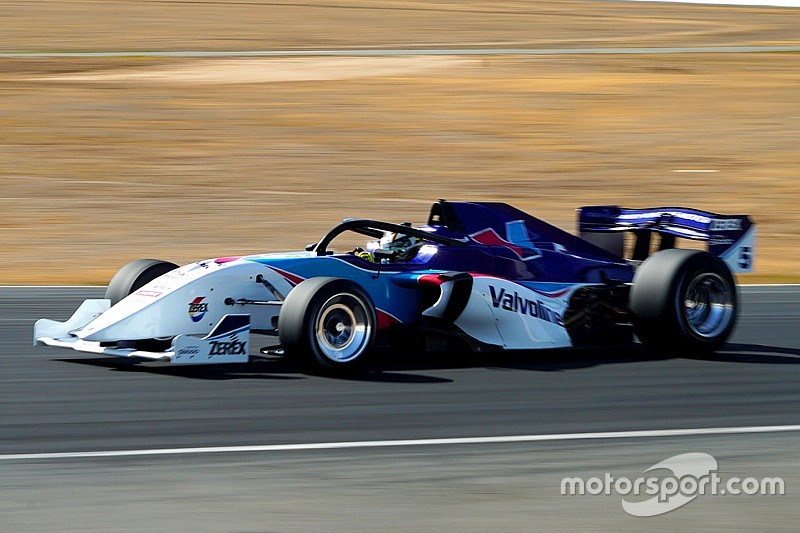 The former Supercars full-timer will cut laps of the Ipswich circuit in the V8-powered car during a dedicated test session.

It will be a return to single-seaters for the 2005 Bathurst champ, who was a front-runner in Australian Formula Ford in 1997, finishing third behind Garth Tander and Marcos Ambrose that year.

He then moved to Formula Holden, Scott Dixon beating him to the Australian Drivers' Championship in 1998 before Kelly switched permeably touring cars in the early 2000s.

"Every time the car has been out on the track, I've watched it and it really gets the hairs to stand up on the back of your neck.

"I haven't driven an open-wheeler for a while, and I'm not out to set a new lap record, but I'm certainly going to enjoy the experience.

"Australia has been starved of a decent, high-performance open-wheel category for a long time, and I can't wait to see what it's all about."

Ex-A1GP and LMP2 driver John Martin will also drive the S5000 this weekend.

He'll take part in Thursday's test alongside Kelly, before subbing in for regular test driver Tim Macrow during demonstration runs throughout the Shannons Nationals race meeting at QR.

"I was involved in the start of the S5000 programme, so I’ve been across the details and I’ve kept a watchful eye on the category’s progress,” said Martin.

“I love the style of S5000s. They are a proper race car and every time the car goes out on track, it makes you sit up and take notice.

“I’ve been in conversation with Tim and he has given me some insight into the car’s performance and what I should look out for.

“If something came up to race in it, I would definitely look at it. They are pretty quick. It has plenty of power, and if you make a mistake, it will bite you, and that is the thing that will draw young guys to this class.

"This will be for the up-and-comers or experienced international drivers. It is going to be a serious class.

“Just to have something like this in Australia is just what we need. We’ve been missing it for a while now.”

A 13-car field is expected to kick off the inaugural S5000 series at Sandown this September.