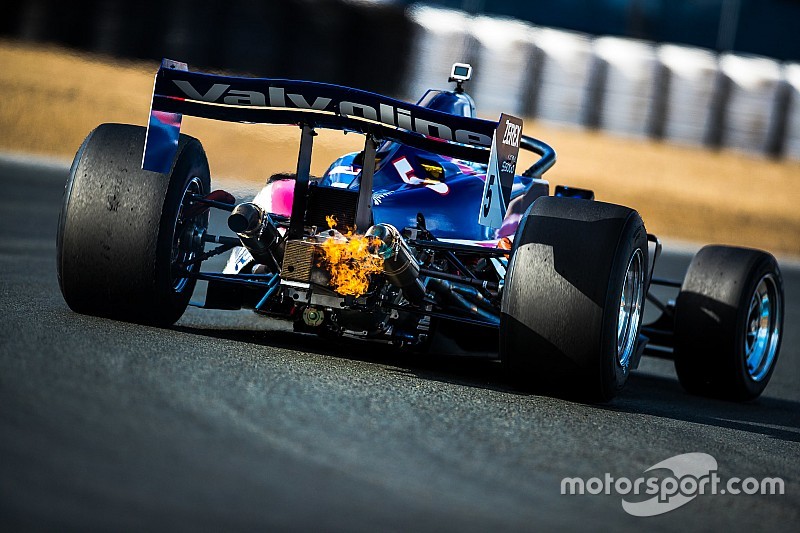 S5000 organisers have hinted that at least one high profile driver will take part in an evaluation day at Phillip Island later this month.

Technical provider Garry Rogers Motorsport is set to run five of the V8-powered open-wheelers at the Island on August 28, to evaluate a number of potential competitors.

Category owners Australian Racing Group has hinted that 'one or more high profile local and international drivers' will take part in the test, and could even be on the grid for the first ever race at Sandown next month.

News of the multi-car test day follows demo runs with Todd Kelly and John Martin at the wheel of the original prototype at Queensland Raceway last weekend.

Drives at the Phillip Island test are still available at a cost, half of which will be refunded if a driver signs up to race at Sandown.

“There’s been quite a bit of interest in S5000 after we took the car to Queensland Raceway last weekend,” said GRM boss Barry Rogers.

“To ensure that everyone gets a chance to, essentially, try before they buy, we have arranged a test day at Phillip Island.

“We will have five cars there and, in addition to the drivers that we have already committed to the day, you’ll get a considerable amount of laps to get a good understanding of the cars.

“The Island test comes with a fee, however, if the driver commits to Sandown, we will give them half of that test money back to go towards their lease drive, or car purchase.

“Really, we want to see the genuine guys who are on the edge of their seat and come out and see what it’s about.

“We firmly believe that the Sandown race meeting is going to be a historic day for Australian motorsport, with the return of high-powered open0wheel race cars to our tracks.

"It’s a very exciting time for our industry.”