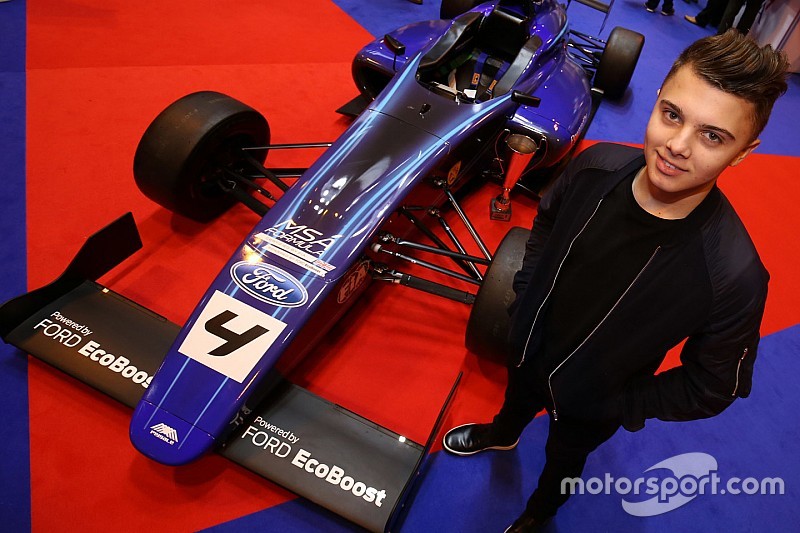 British karting star Max Fewtrell has made winning the MSA Formula title his main goal for the 2016 season after recently concluding his maiden car racing championship.

Fewtrell was one of four Britons who dominated the European karting scene in 2014, alongside Lando Norris, Enaam Ahmed and Dan Ticktum.

Although he was the only one of them not switching to cars in 2015, the youngster’s last karting event came in April, and he has been getting ready for his single-seater debut ever since.

”We did the WSK Super Masters race and then we just started to get testing in cars,” said Fewtrell. ”You need a lot of preparation in cars and we wanted to get good enough.”

Fewtrell will team up with Carlin, the most successful team in MSA Formula last year, which led Lando Norris and Colton Herta to first and third in the standings respectively.

”With how the testing has been going, winning the championship is our expectation," Fewtrell said. "I think it’s very possible.”

Alongside testing, Fewtrell has also participated in the MRF Challenge 2000 championship over the winter, as the only newcomer to car racing in the field.

Getting gradually better results, he scored his maiden podium finish at Dubai on his way to 11th in the standings.

”My performance got better towards the end but it was difficult against very experienced drivers.

”I was pretty surprised to get the podium. In Dubai our pace was really good so it was a great achievement to get a podium that soon into my racing career.”

The 16-year-old marked overtaking as one of the biggest differences he faced while transitioning from karts.

”In karting you can overtake whenever you want to but it’s rally different in car racing. You have to think a lot more, plan an overtake.”

Another important career step at the end of 2015 was Fewtrell joining Infinity Sports Management, which also manages the likes of George Russell, Dennis Olsen and David Beckmann.

”I was one of their first drivers in karting and Infinity was an obvious choice. When we moved up to cars with the success they have had with previous drivers, their results and record speaks for itself.

”They help me outside the car by opening up doors, fitness, media training, PR and most importantly sorting out my deal with Carlin.”

Daruvala: Winning on four-wide restart the highlight of TRS campaign