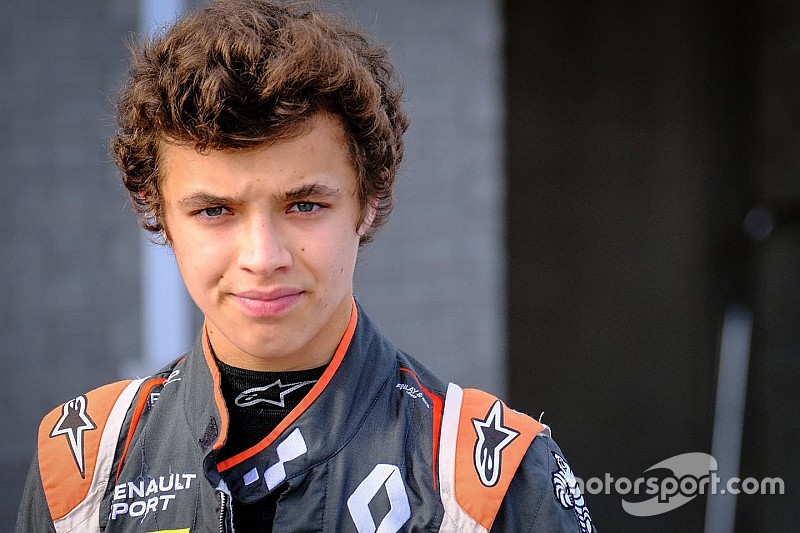 Reigning Toyota Racing Series champion Lando Norris will not return to defend his title in 2017, citing other commitments and needing more time to prepare for European Formula 3 championship.

The 17-year-old had previously announced his return to the New Zealand-based series after winning the 2016 edition with the M2 Competition squad.

But since then, Norris has confirmed his F3 switch with Carlin and also won the prestigious McLaren Autosport BRDC Award, which has increased his workload off-track in the build-up to the 2017 season.

“I'm massively disappointed to miss out on the opportunity to defend my Toyota Racing Series title but I believe I’ve taken the right decision although it was a very hard one to reach," said Norris.

"2016 has been a very busy year of racing that started in January and finished in November.

"I need to be in the best possible shape, mentally and physically, from the start of the Euro F3 season in April – being successful in F3 is my number one priority in 2017 so unfortunately it’s a case of sacrificing the TRS opportunity.

"Additionally, having recently won the McLaren Autosport Award, I really want to spend time at the Autosport International Show in January where I’ll also now have important commitments for the BRDC."

Following Norris' decision to pull out, 19 drivers have been confirmed to contest the 2017 season, with Red Bull juniors Richard Verschoor and Luis Leeds heading up the entry list.