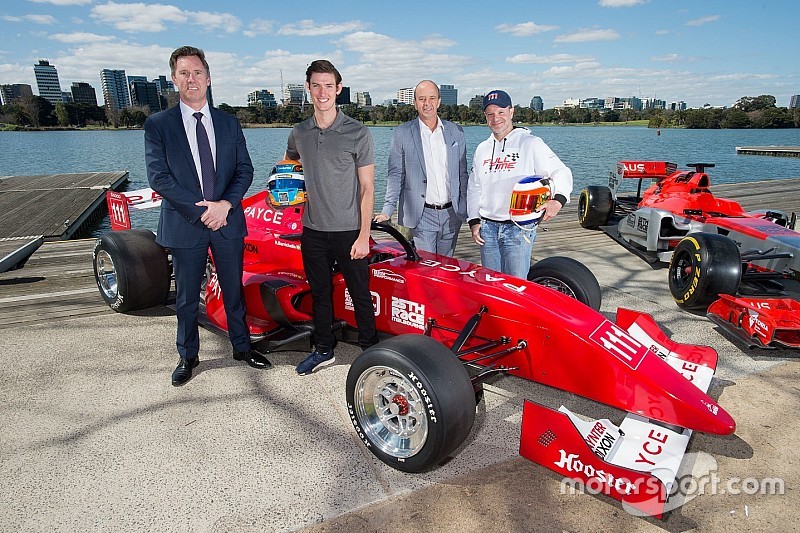 The V8-powered S5000 series will feature on the support card at the season-opening Formula 1 race at Albert Park next March.

It's the second ARG category to join the AGP undercard, with TCR Australia already locked in for the Melbourne race.

The news comes days out from the first ever S5000 round at Sandown, star signing Rubens Barrichello – a five-time podium finisher at Albert Park – on hand for today's announcement, as well as Indy 500 starter Matt Brabham.

“There is always such a strong appetite from our fans for exciting on-track activity, so having the exciting S5000 class at our event is the perfect fit,” said AGPC CEO Andrew Westacott.

“AGPC is always looking to inspire the next generation of drivers and being able to showcase a new Australian motorsport category not just nationally, but globally, is such a fantastic opportunity for all involved."

ARG boss Matt Braid added: “The Australian Racing Group is extremely pleased to confirm that S5000 will be on the grid at the Formula 1 Rolex Australian Grand Prix 2020.

“These S5000 cars are going to be right at home on the Albert Park street circuit, and we look forward to providing the best racing for the fans.”

As well as the AGP announcement, the covers came off the Team BRM entry that Barrichello will race at Sandown this weekend.