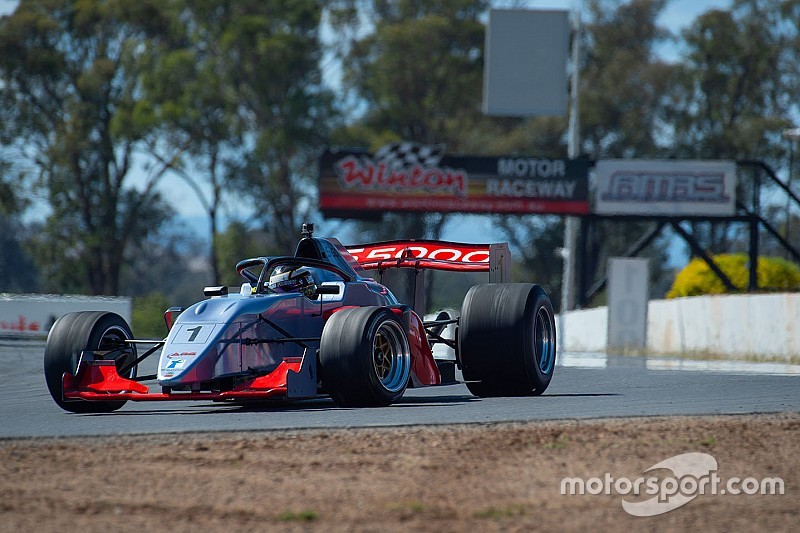 The new-for-2019 S5000 series is hoping to have talent from outside of Australia on the grid for its inaugural season.

The series, which will kick-off next May, is hoping to tempt both drivers and teams from around the globe with its spectacular V8-powered formula as it looks to fill the 14 cars that have been ordered from Onroak-Ligier in the US.

According to category manager Chris Lambden, the worldwide search is on for suitably-qualified drivers wanting to race one of the 560-horsepower monsters.

“With the car build details and championship dates all finalised, we can now seriously talk to anyone who wants to be part of what will be the most exciting innovation in Australian motorsport for a long time," said Lambden.

"The reception the S5000 has received has been brilliant. Anyone who has seen the first car on track over the past two or three weeks will know what we mean when we say that S5000 will provide a spectacular championship – but with surprisingly reasonable budgets, both in terms of car and race costs.

"Apart from building a ferocious and exciting racecar that, with moderated downforce, 560hp and big rubber, will sort the real drivers out, our focus has been on making the car as economic as possible to run.

“We’re quite happy to discuss options with potential competitors from outside Australasia. There are a number of good teams here in Australia able to offer ‘arrive and drive’ packages, based on either car ownership or lease arrangements – and there’s a lot worse places to spend a few months flitting between quality race tracks than Australia."

Based on the initial order of chassis from The States, the series is looking at a 14-car grid for its opener at Sydney Motorsport Park next year. One of the cars is already up and running, while the other 13 will be built by Supercars outfit Garry Rogers Motorsport once the tubs touch down in Australia.

"Anyone who wants to investigate taking part should contact us pretty soon," added Lambden.

"A number of cars are spoken for at this early stage and, while GRM is equipped to build cars on an ongoing basis, the preliminary number for kick-off is likely to be 14."

GRM had its first hands-on experience with the car yesterday with a test at Winton.