The final specification of the S5000 chassis and engine package has been ticked off following a successful test at Winton today.

Garry Rogers Motorsport, which is managing production of the S5000 cars, settled on the final spec of the Onroak-Ligier chassis and Ford Coyote V8 engine at today's test.

That means production of the cars can now hit full swing, ahead of the revised kick-off date for the inaugural season at Sandown in September.

Five of the 14 expected to make up the grid at the first round are already at the GRM workshop, with another nine tubs set to land in either late May or early June.

The test, conducted with Tim Macrow at the wheel, also saw a number of tyre options from Hoosier evaluated.

“We’ve done a considerable amount of work in the first quarter of this year redesigning and making the new parts. Tim has validated them now and has said that he has a lot better feel in the car," said GRM boss Barry Rogers.

“Our plan from here is to head back to work and start mass producing these parts to start putting 14 cars together.

“At GRM, we have a fair line-up of drivers, but we were really keen to continuing having Tim Macrow as a big part of this programme. He has a lot of experience in open-wheel cars and the feedback he gives the engineers in vital.

“Some guys can get in these cars and drive fantastic, but can’t give the feedback. Tim is a real professional so it’s great to have him as this programme develops along.” 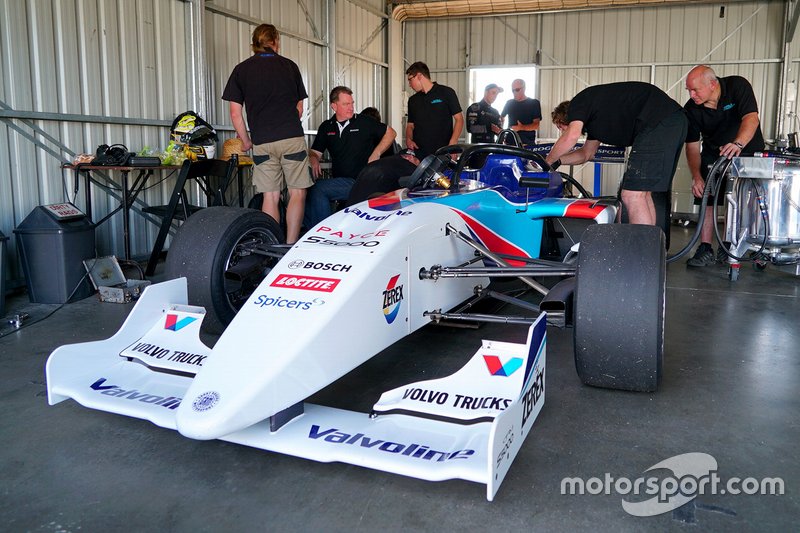 Macrow agreed that the new-spec car is a step up from the original Onroak-Ligier version, which made its public debut last November.

“We have evaluated the suspension changes that the boys at GRM have made," he said.

"We’ve got new uprights and different suspension arms, so we’ve been testing that, along with some new tyres from Hoosier.

“The feeling with the car is absolutely brilliant. It has made a big difference to how it handles. Now all we’re doing is some suspension tuning work, changing a few springs and just trying to get the car balanced."