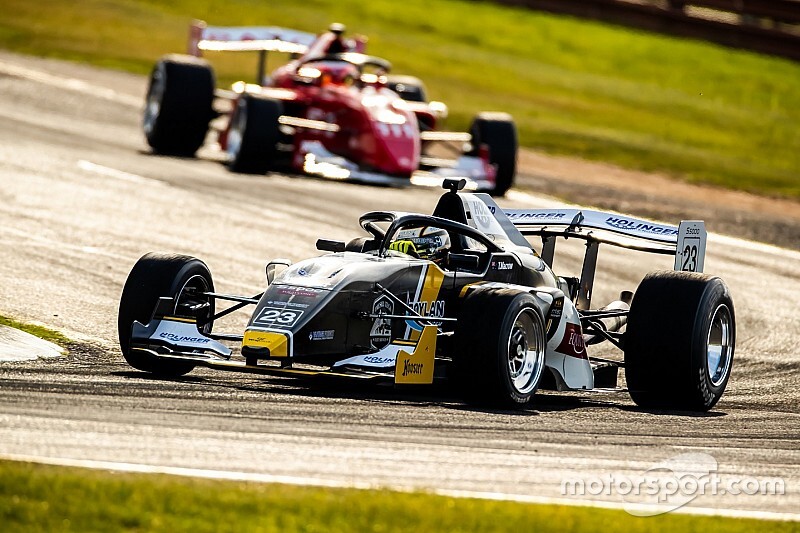 Tim Macrow made it an S5000 practice clean sweep at Sandown, heading Rubens Barrichello in the second session.

Macrow went three-tenths faster than his Practice 1 time in the second hit-out, lowering the benchmark to a 1.06.419s.

That was good enough to leave him just over half a second clear of Rubens Barrichello, the Brazilian just the second driver under the 1m07s mark with a 1m06.959s.

"It's hard work around here, it's a bumpy track," said Macrow. "The car is pretty difficult around here to drive.

"We've got a fairly good balance and the team is doing a good job. There's still a bit in it, we want to be here tomorrow.

"I think, overall, we're really, really happy with our day."

John Martin was third fastest, ahead of James Golding and Matt Brabham.

There were a number of spins in the session, pacesetter Macrow looping his mtec entry on his first run.

Will Brown, who finished the session 10th, skimmed the wall at Turn 3, while Michael Gibson sparked the category's first ever red flag after getting beach at Turn 9.

He then spun again at Turn 1 late in the session.

Barrichello not ready to explore S5000 limit at Sandown