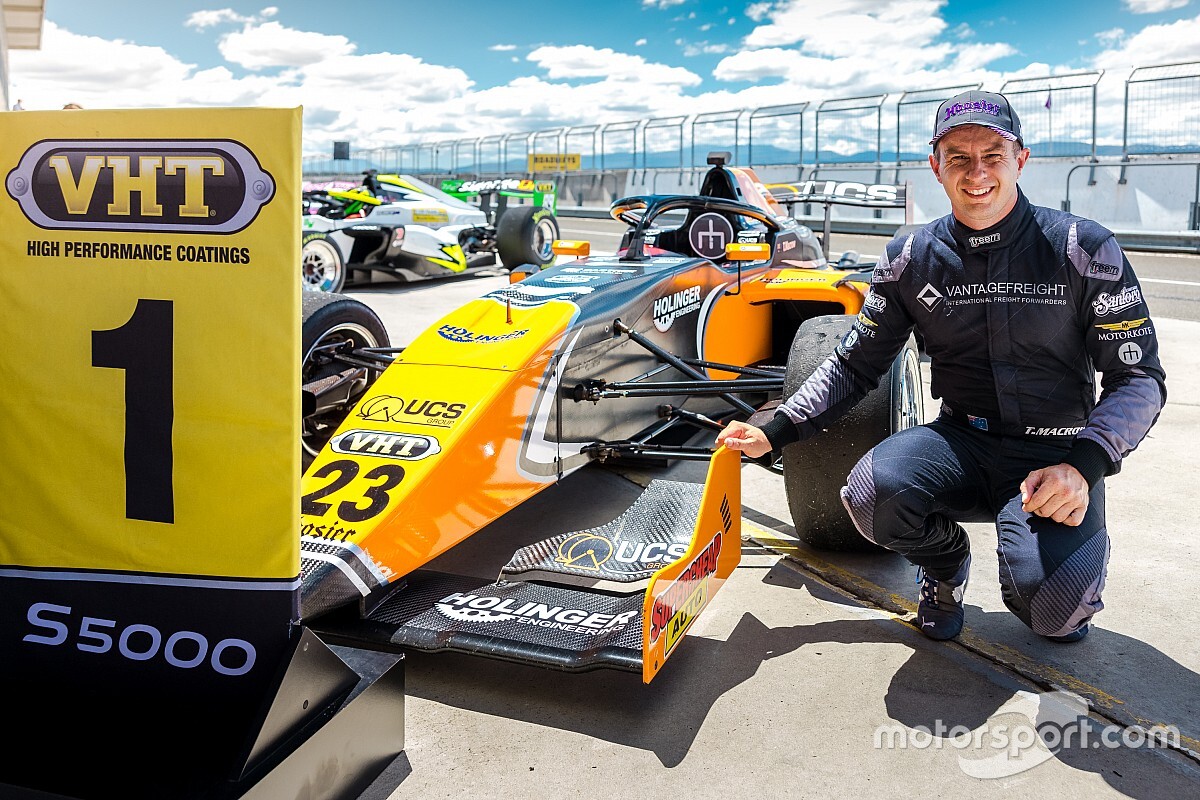 The two-time Gold Star winner made a perfect start from the outside of the second row, charging clear of the field on the opening lap.

His gap was eight-tenths by the end of Lap 1, the margin over second-placed Luis Leeds then hanging around the 1s mark until Lap 14.

That was when Tommy Smith found the wall on the run to the hairpin, his stranded car sparking a safety car.

The race never went green again, officials opting to call it behind the safety car with five laps left to run.

That sealed victory for Macrow ahead of Luis Leeds and Nathan Herne, the winner also re-breaking the lap record that was newly-set for the first time in four decades yesterday.

The highlight of the race was a thrilling battle for fourth between Race 1 winner Joey Mawson and James Golding. The tussle hit its crescendo just seconds before the safety car was called, Golding nudging the back of Mawson at the hairpin.

The caution and subsequent early finish stopped the battle in its tracks, though, Mawson holding onto the spot and securing pole for this afternoon's feature race.