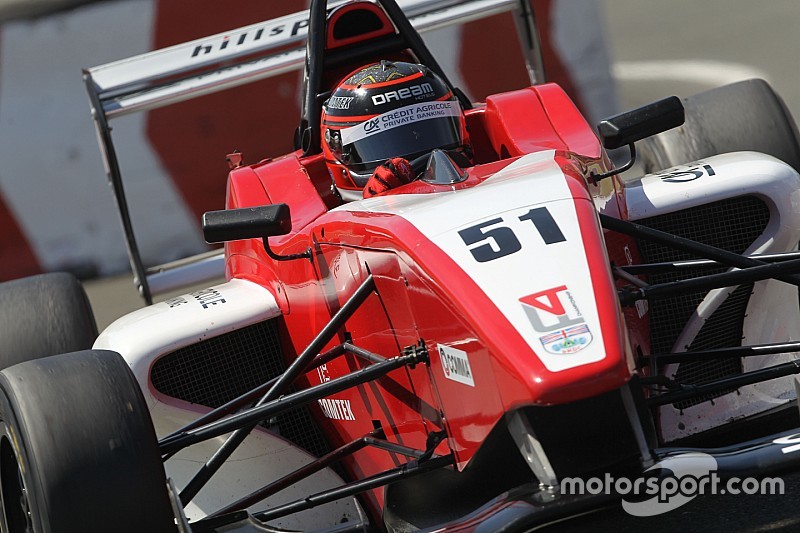 After a full season in the main championship and also the MSA Formula series, Vaidyanathan will now contest in the winter series of BRDC F4 with the same team he competed in the 2015 season.

The 18-year-old showed impressive performances, notching up three podiums and finishing 12th overall in the standings, in his rookie year.

Commenting on the new challenge, the Indian said: "I think the car is really enjoyable to drive! With the stronger aerodynamic package, it really encourages you to experiment and push your own boundaries to extract more and more performance."

"Given that this car is more complex from an engineering point of view than its predecessor, small changes have a bigger influence in how the car handles, so the accuracy of my own feedback is pretty important.

"That being said, the car is already performing strongly in its infancy, and there's no doubt that the future is promising over the course of its development."

Hillspeed's team principal Richard Ollerenshaw was happy to continue and extend the relation with Vaidyanathan and his management.

"We're obviously extremely happy to be continuing the relationship with Ameya, and his manager Vaughan, into the Autumn Trophy and we're all very much looking forward to seeing how he gets on with a full season of experience now under his belt," he said.

"Ameya has developed very quickly since joining Hillspeed at the start of the year and we're thrilled he's continuing his development with us.

"We're all determined to build further on the sort of pace and racecraft which helped him deliver impressive multiple podiums in the main championship. The arrival of the new car brings a fresh challenge, but that's going to be the same for every driver."

The Autumn Trophy will use the new 2016 Tatuus Cosworth car, with more power and aerodynamic grip making BRDC a feeder series to European F3 and GP3.

The two rounds is scheduled to be held at Snetterton (November 7th and 8th) and at Brands Hatch (November 14th and 15th).