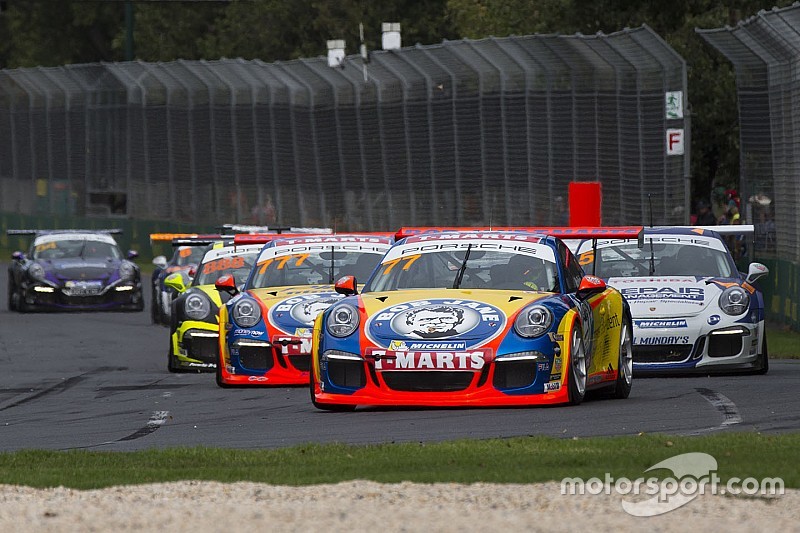 Ex-Renault F1 engineer Chris Papadopoulos has launched his own race team in his native Australia, with plans to compete in the Carrera Cup series this season.

The Volante Rosso squad is set to field a yet-to-be-named 'pro' driver in the all-Porsche series this year, and will soon take delivery of one of the brand new second-generation 991 Cup Cars.

Papadopoulos brings extensive Formula 1 experience to his Sydney-based operation, having spent eight years with the Renault F1 squad in Europe.

During that time he was involved in design and development of car and engine systems, meaning he had a hand in Renault 2006 World Championship success with Fernando Alonso, and the four titles won by Red Bull Racing and Sebastian Vettel with Renault power between 2010 and 2013.

“I remember I was working in F1 when the 991s first raced in Porsche Supercup as our support category in Barcelona," said Papadopoulos.

"There was a real buzz in the paddock and they were great to watch all year. The 991 was such a step up from the 997 and the cars looked and sounded great.

'From that point, Carrera Cup was a category I just had to get involved in at some stage, and the new Gen 2 cars for 2018 gave us a fantastic opportunity

“While we’re all starting fresh with the 991 II, most other teams have four years experience with the original Mk I version, so we’re under no illusions of the challenge.

“Carrera Cup is so competitive, especially with the depth of field already confirmed for this year, but I’m confident in our team and experience, so we’re up for it!

“Interest in the category is incredible this year which is great for Porsche and for the category. We would love to add a second car to our programme if we could get our hands on one, but they sold out pretty quick!”

The 2018 Carrera Cup season kicks off at the Adelaide 500 on the first weekend of March.