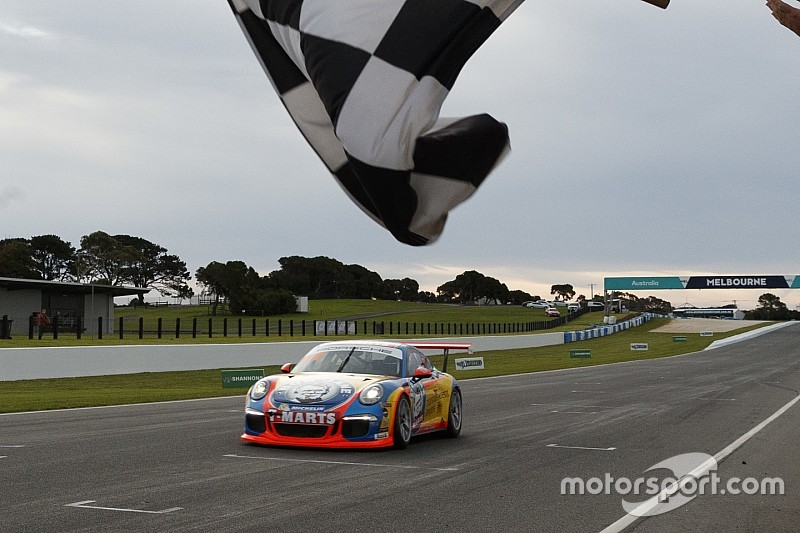 McBride moved up to third behind Andre Heimgartner and a hard-charging Alex Davison during the first stint of the hour-long race, before handing over to Thomas on Lap 22.

Third then became second on Lap 28 when Thomas got by Heimgartner’s teammate Aaron Ireland, however the lead looked out of reach as Geoff Emery – who took over from Davison – charged out to a six-second advantage.

That advantage went up in smoke with six laps to go, though, Emery forced into the lane to serve a three-minute penalty for having a crew member out of position during their stop.

Thomas was then clear to cruise to a comfortable win, coming home 10s clear of the David Wall/Shane Smollen car, and Dylan O’Keefe and Adam Gowans.

Dan Gaunt and Sam Shahin finished fourth ahead of polesitters Stephen Grove and Tim Slade, both crews having opted to run their Am drivers first and have the Pros storm through at the end.

Heimgartner and Ireland slipped down to seventh by the finish.