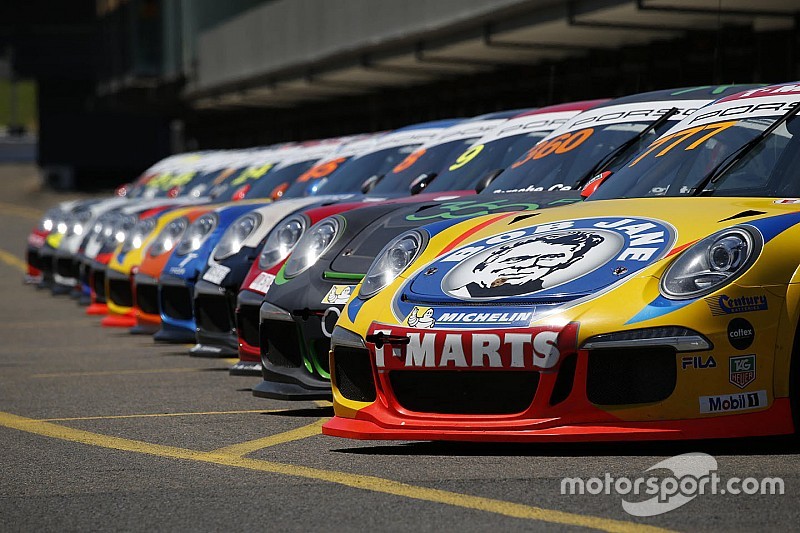 Porsche Cars Australia has sold all 24 new Carrera Cup cars ahead of their introduction to the series next year.

Having struggled for numbers in 2017, particularly earlier in the season, Porsche announced a number a raft of changes for the 2018 season to go along wiht the introduction of the new-spec Cup Car.

The changes included a limit on ‘professional’ drivers, while non-professional drivers will be able to run an ABS system, to help the category compete with GT3 in the Gentleman Driver market.

The changes appear to have worked, with all 24 slots on the 2018 grid already sold out.

“We’re thrilled to announce that we’re fully subscribed for the 2018 Carrera Cup season, especially as we have not yet completed the current Porsche racing season,” said Porsche Cars Australia Director of Marketing & Motorsport Toni Andreevski.

“Porsche has built a strong foundation for Carrera Cup over the past few seasons and the forthcoming introduction of the new 911 GT3 Cup race car has been the catalyst for many customers to commit to the 2018 Carrera Cup season.

“Porsche prides itself on having one of the most professionally run motor racing series which competes at Australia’s best motor racing events – the likes of the Adelaide 500, Albert Park, Bathurst and Gold Coast.

“Add to this the new 911 GT3 Cup car, which has received fantastic reviews from Europe and the United States, and you have what is evidently a hugely enticing product in the motorsport landscape.

“We look forward to ultimately handing over the fleet of 911 GT3 Cup cars in January next year to our 2018 Carrera Cup customers and seeing them on the grid at the 2018 season opening event.”

The cars will be handed over to competitors at Sydney Motorsport Park on January 24 next year.