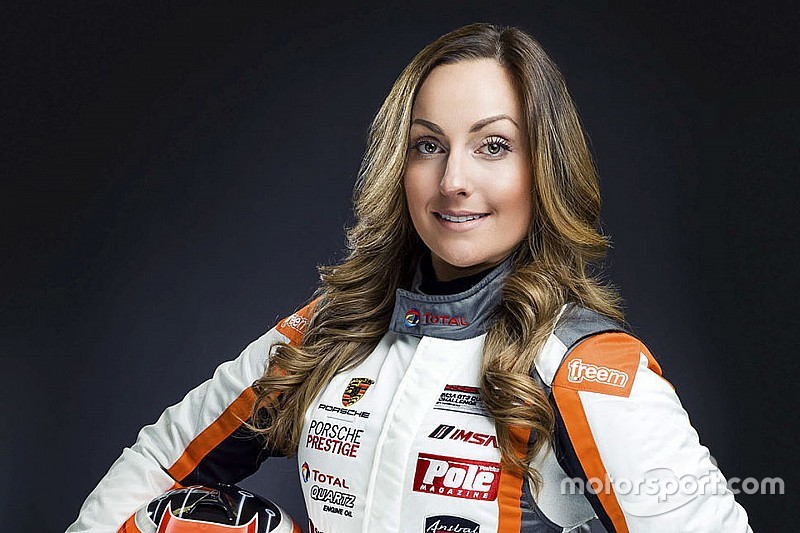 Chiasson will be driving a Porsche 911 GT3 for Belgian team DVB Racing. The series will stage five races in Belgium, the Netherlands, France, and Spain this season.

Valérie Chiasson will share the wheel of the DVB Racing Porsche with another driver who will be unveiled by the team in the next few days. Each race meeting is made of two rounds. Chiasson will contest the first race, and her teammate will run the second.

“Being able to drive on some of the most beautiful tracks in the world like Spa-Francorchamps in Belgium, and to take part in the European Coupe Porsche GT3 series, a type of series that I find to be very professional, tough, and motivating for the drivers, was always one of my goals,” said Chiasson, who is also the Canadian representative of the FIA "Women in Motorsport" Commission, which encourages women’s participation in motorsport.

“Thanks to the DVB Racing team, my German sponsor EVO Information Systeme and other partners that will be announced at later date, I am able to participate in the Porsche GT3 Cup Challenge Benelux this season. It’s really something special!” she added.