The Alfa Romeo F1 tester will drive a guest entry for the Project 1 team entered under the 'Huawei-Telcel-Infinitum-Claro' banner in the Mexican GP-supporting double header.

It will mark Calderon's first competitive outing outside of single-seaters, and on the track where she racked up her first mileage behind the wheel of a grand prix car last year.

“I am very happy to return to Mexico and I will always have the memory of my debut in a Formula 1 car at the Autodromo Hermanos Rodriguez with Alfa Romeo Racing," she said.

"This time I am very happy to return to this circuit to compete in the Porsche Supercup. It will be a great challenge for me because it is something very different from the cars in which I have specialised, but I will certainly enjoy it very much.

"Racing on the support bill of the F1 Grand Prix in Mexico will feel like racing at home.”

Calderon is enduring a tough first season of F2 with the Arden team, and ahead of next month's Abu Dhabi finale is the only full-time driver yet to score a point.

The Colombian was handed another F1 test outing earlier this year at the wheel of a 2013-spec Sauber C32 at Paul Ricard following her two runs at the end of 2018. 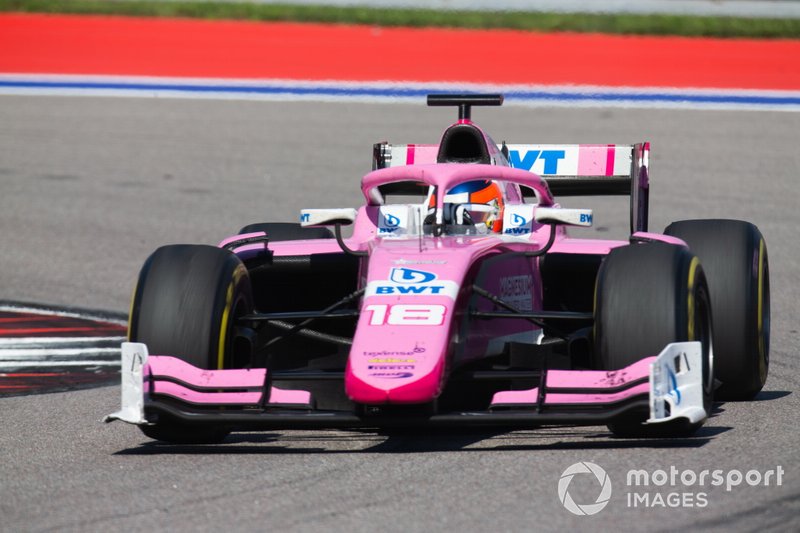 Goodsmile Mercedes has "no chance" to win outside Fuji

Foyt on doubts over Calderon’s ride: “We just need clarity”

Porsche has taken the wraps of its latest Supercup contender that will come on stream in next season's Formula 1 support championship and selected regional one-make series around the world.

Walter Lechner, who twice raced in the Le Mans 24 Hours and founded his eponymous team best-known for its dominant success in the Porsche Supercup, has died aged 71.