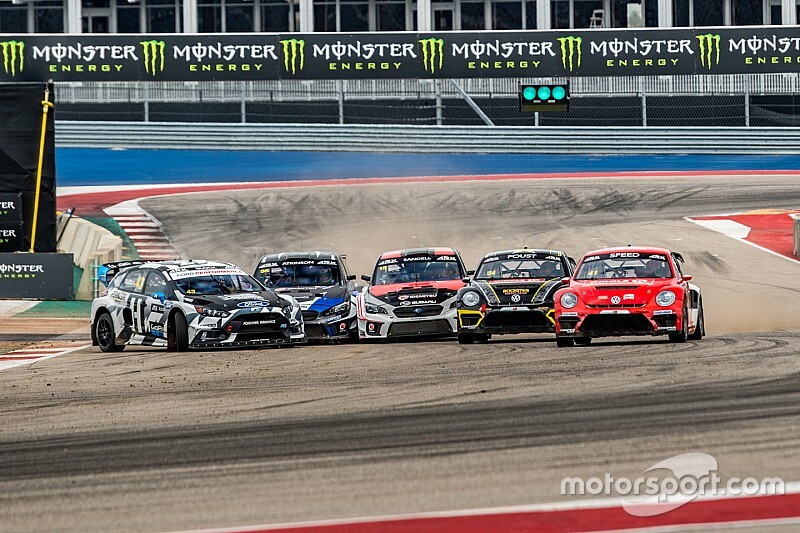 The Americas Rallycross Championship won’t continue next year, it has been revealed by the series’ promoter.

The series was run over four rounds in its first campaign, with three of those rounds joining World RX events, and a standalone round on a new rallycross track at the Circuit of the Americas.

For 2019, two new rallycross circuits were built at the Mid Ohio Sports Car Course and Gateway Motorsports Park as the series expanded to six events.

But while teams with varying levels of factory support competed in the series, including from Volkswagen and Subaru, only seven Supercars contested most of the 2019 campaign.

A statement issued by the series says it will end after efforts to secure long-term commercial partners didn’t come to fruition.

“After consultation with a wide group of stakeholders and interested parties, IMG has taken the difficult decision to not extend the Americas Rallycross Championship beyond the 2019 season,” said the statement.

“Over the past few months, IMG had been exploring a number of options with commercial partners to secure the long-term future of the championship but, unfortunately, none of those options came to fruition.”

The first ARX title was won by ex-Formula 1 driver Scott Speed in 2018, driving an Andretti Rallycross Volkswagen Beetle, while Speed’s 2018 teammate Tanner Foust used the car in its last season of competition this year to claim the 2019 crown.

Having switched to the Vermont SportsCar-operated Subaru Motorsports USA team for 2019, Speed was forced to withdraw from the series ahead of the final two events while leading the standings, after he broke his back on landing from a jump at a Nitro Rallycross event in August.

With World RX having dropped its American round at COTA from the 2019 calendar, and the Canadian round at Trois-Rivieres for 2020, there are no planned IMG-run rallycross events to be held in America next year. “The expanding footprint of the FIA World Rallycross Championship means that we may revisit the possibility of the inclusion of a North American round on the world calendar in the future,” said the statement.

Run as part of Travis Pastrana’s Nitro World Games, Nitro Rallycross, which for the last two years has run as a standalone rallycross event at the Utah Motorsports Campus, is expected to run at least one event in America next year.