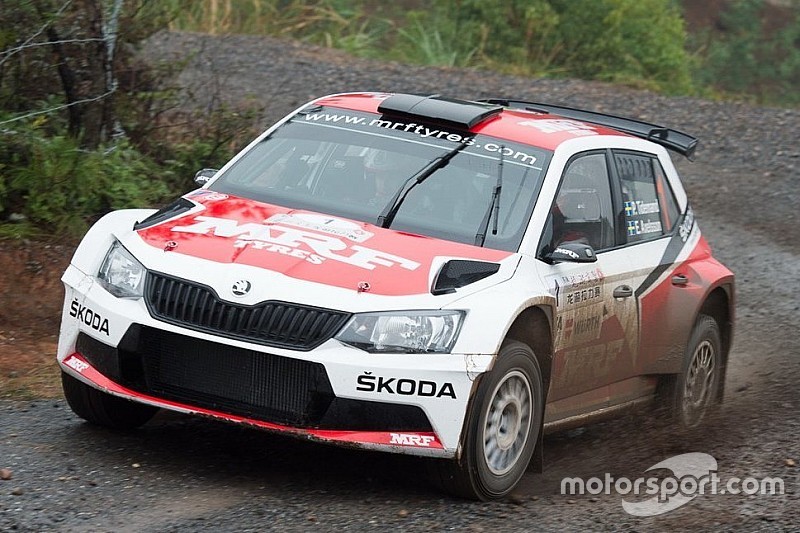 Pontus Tidemand and co-driver Emil Axelsson took their fourth victory of the APRC season in the curtain-closing Rally China on Sunday, ending a dominant year on a high note.

Tidemand arrived for the final round of the championship having already sealed the drivers’ title in Japan. A victory in WRC2 class of Rally Catalunya would have only boosted his morale.

In stark contrast, India’s Gaurav Gill has been left to look for positives in a season marred with mechanical gremlins and poor luck.

Meanwhile, Team MRF debuted the Skoda Fabia R5 in China this weekend, with plans to use the car throughout next season. However, only Tidemand got his hands on this machinery, being a factory driver for Skoda.

“The Fabia R5 is the successor to the Fabia Super 2000, a car that has been tremendously successful for Skoda, Team MRF and Race Torque,” team manager, Lane Heenan, said.

“China is one of Skoda’s biggest markets, with 25 per cent of the company’s total worldwide sales sold in China in September, so it’s important that the R5 makes its APRC debut on this event,’’ he added.

On the opening day of the Rally China, Tidemand comfortably led from the rest of the pack, with Richard Mason and Hitoshi Takayama being his closest challengers.

Gill, still driving a Fabia Super 2000, crashed out on stage four in what was his second straight retirement of the season.

While the Indian emerged unscathed from the car, his co-driver Glenn Macneall sustained a hairline collarbone fracture.

On Sunday, Tidemand stayed at the front of the field, cruising to his fourth win of the season. Such was his dominance that he won all 13 stages scheduled over the weekend, on terrain ranging from muddy gravel tracks to slippery concrete streets.

After Gill's retirement, the Swede dominated his rivals to win with over 33 seconds gap to second-place Takayama and co-driver Hideki Takeyabu while Michael Young and co-driver Malcolm Read finished third.

“This rally demanded everything from us once again and showed what a fantastic set to tyres we had, that mastered the toughest of terrains” an elated Tidemand was quoted after the rally.

“Two such important wins in Spain and China within a week – Emil and I didn't dare dream of that. Winning the title in the APRC is our highlight and a big thanks to the whole team.”

Tidemand finished the season with 225 points as Young pipped Gill by a mere five points (109 points for Young to 104 for Gill) to take second in the standings.

India will host the final round of the Asia Cup - which forms part of the wider Asia Pacific Rally Championship - between 11-13 December in Chikmagalur, Karnataka.