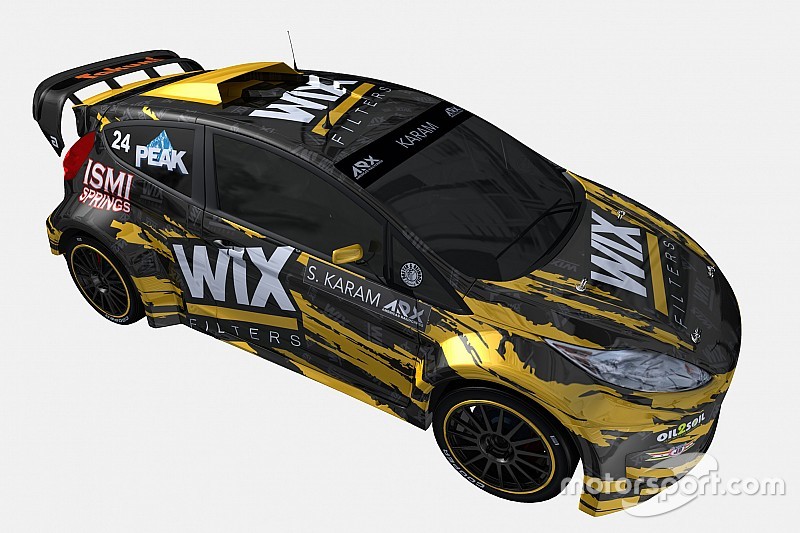 Karam, the 2013 Indy Lights champion and 2010 USF2000 title winner, is due to make his sixth Indy 500 start this year with DRR-Chevrolet, his fifth attempt with the Dennis Reinbold’s highly-regarded squad.

“I am very excited to jump into the ARX2 class at Mid-Ohio and Gateway in June and July with Dreyer & Reinbold Racing,” said Karam. “I have tested the ARX2 car for DRR last year, but the dirt component is completely new to me. I have only raced on pavement throughout my career, so getting onto the dirt side will be a learning process. Cole’s background is through the dirt in off-road racing and he can help me a bit.

“But overall the ARX Rallycross series looks to be a blast and I can’t wait to test the DRR racecar soon and then drive the WIX Filters/ISMI Springs machine at the races.”

Reinbold, whose team won the 2016 U.S. Rallycross Lites series championship and has entered and qualified 37 cars in the Indy 500 since 1999, commented: “We have always seen the potential and development of Sage as a racing driver through our Indy 500 program. But we are excited to see him at the wheel of one of our ARX2 cars.

“We were impressed with Sage’s performance in a test last year and we wanted to give him this opportunity now after the Indy 500. We are also exploring more possibilities for Sage to compete in the reminder of the 2019 ARX2 season.”

Dreyer & Reinbold Racing to enter Karam in GP of Indy