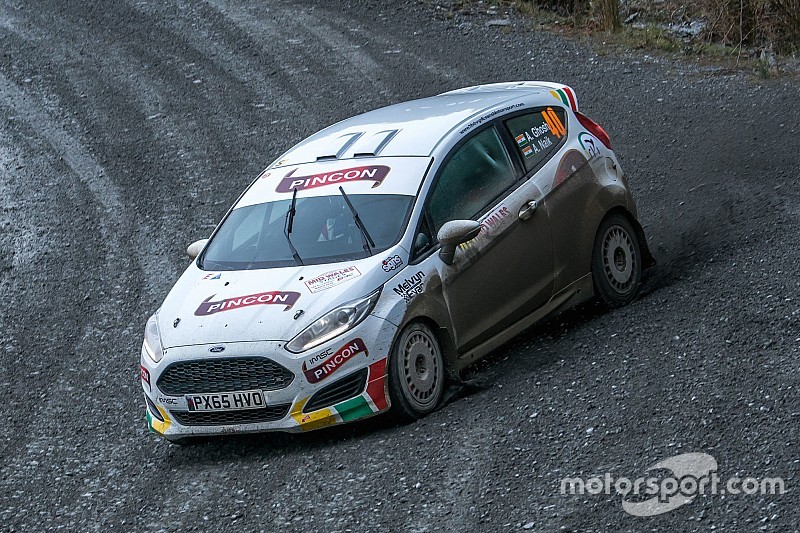 The Kolkata-based driver, earlier this year, took part in the British Rally Championship's first round in Wales.

The Indian competed in the BRC4 category, finishing third, along with co-driver Ashwin Naik, in their maiden international rally competition.

As Ghosh prepares for the 2016 Indian Rally Championship, the Bengal ace is already looking ahead for more races internationally, targeting WRC and ERC for long-term, while for 2017, he aims to compete in the Drive DMACK Fiesta Trophy.

What's your plan for this year after a successful maiden run in the BRC?

"The plan for this year is to do as many international events as possible. Having done just one, I can totally understand how much this exposure helps in ones driving.

I am also trying to see if we can do the recces, especially the WRC events, as stage knowledge is the biggest problem for newcomers nowadays against the more experienced drivers.

The aim is to do few WRC events such as Italy, Poland and Great Britain, while in ERC, I am looking at Azores, Estonia & Liepaja.

What about your 2017 plans - a full season will certainly be the aim?

"A full season is what I would like to do, preferably start from the WRC3 but at about 500,000 euros for a season, it is a pretty big ask to find by way of sponsors in India.

I am also looking at the Drive DMACK Fiesta Trophy, which not only has a smaller budget, but also has great prize, by way of fully funded drives in WRC2.

"If a full season does not work out, I will still try and keep on doing one off's as much as budgets permit. And as every rally driver's ultimate goal goes, WRC is the aim but lets take it one step at a time."

Any teams internationally you are in touch with?

"I have been speaking to quite a few teams. Some have seen me drive and are happy to work for me.

And then Print Sport Racing, they too are successful in rallying, and have run people like Lappi and more recently Ole Christian Veiby, who won Monte Carlo in WRC3, this year.

But as with most sportsperson in India, sponsor is a big question mark. As of now its a 60 percent chance on being at the start line, come end of this month, it should become 99 percent."

Let's talk about your maiden international rally event - the BRC, podium in your first race. Did you expect that?

"It was a mixed bag. I knew we would be up there having done a small shakedown with my teammate, but did not expect to be leading by a minute at the end of the first day.

Especially because we had so many new things to counter. Added the fact that we couldn't recce all the stages due to snow, one even being the stage 2 at night, I was happy with my driving, but even more so because I can now compare my onboards with the leading guys and correct my mistakes.

I enjoyed it and every mile of seat time helps in developing the driving. We had an electrical issue and stopped because of which we had to start under Rally2 with a penalty. Still finishing third was good, but not ideal."

Any major difference you found while racing Internationally to India?

"The entire package is just more developed there, the opportunities that are present help a lot. Right from the access to the cars to the equipment, sheer number of events through the year.

The biggest thing I liked there is how nobody complains. They are all working together and just promoting the sport. Even if there is something, its discussed within closed doors and not on social media!

Like, it snowed heavily on recce day with most two wheel drive cars not going through the stages, 7-8 cars got stuck in the first stage itself. The whole schedule went haywire.

Yes, people weren't happy but they just didn't complain. They came back and went about their way driving the next day. Now if someone in India could not complete recce of a stage, god help the organisers.

No one says, the stages are rough, they collectively work to promote the sport. Everything is put in good light socially and the issues are resolved within closed doors.

Same goes for the media, they promote local drivers so much. You can be a world champion, but if they have a local driver, they will promote him every step of the way and at times more than the world champion. Not like how we treat foreign drivers back home."

Finally, your aim for the revamped IRC, this season?

"Win it! If not, by now I know our stage times over the past years by heart and that is because I spend every year trying to catch Gaurav [Gill] a little bit more, but its hard considering the level he is at and the sheer experience he has.

Overall its great for the sport to have a promoter behind and pushing on the marketing of the championship, which I feel we are lagging behind the most.

We have the cars, the drivers, the locations. I don't see any reason why we should not be able to put up a show as good as any other national championship over the world.

And finally, the year end rally of the INRC is also running as the last round of the APRC, so that's going to be a great experience.