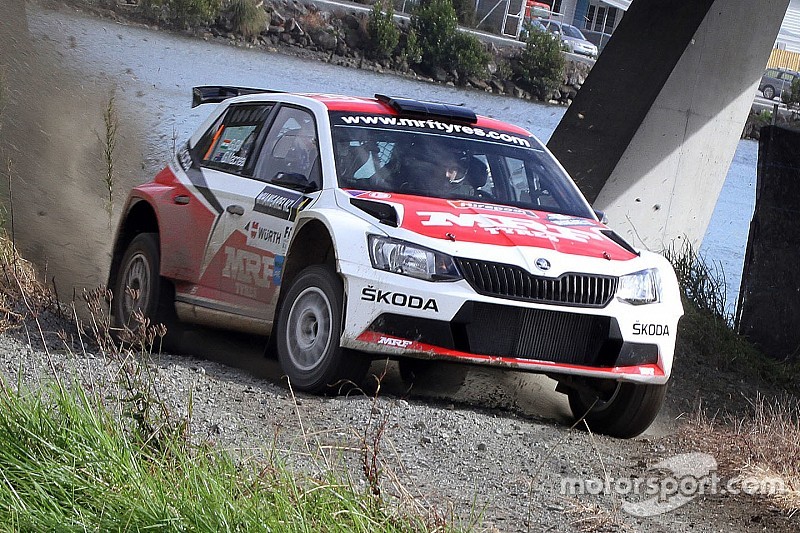 Gill (co-driver Glenn Macneall) has been in sublime form all weekend, winning the first seven stages, but a puncture late on Saturday, forced him to play catch up during final day.

However, with gap to Kreim only marginal, the Indian driver was able to return to the top spot, eventually winning the rally by 30.4 seconds.

The 34-year-old won two of the six stages on Sunday, driving the new Skoda Fabia R5. “It’s a great result for me and for the team,’’ an overjoyed Gill said.

“We like this rally and it always teaches you a lot, and today we managed to push a bit harder and got the desired result.”

“Although I’m still learning the setup of the car and we haven’t quite found the perfect setup. We still had a few small issues but the team fixed them quickly which was great," he added.

“And of course driving this car wasn’t very easy to start with because I haven’t driven at all for seven months.

"It’s a big challenge but I wanted to make the most of it so we took it step by step."

Meanwhile, Kreim had to be content with second place, having never driven before on a gravel surface.

The German, along with co-driver Frank Christian, won a total of four stages over the course of the three-day rally.

“This is great! Unbelievable! It is a really nice feeling and I think for the first time on gravel, I found a very good speed today,'' he said.

"On the last stage it was raining a lot and very slippery on the tarmac section. But I really enjoy it," he added.

Local-hero Mike Young took the final spot of the podium, finishing 14 minutes behind the leaders with three stage wins to his name.

Had the Subaru driver not encountered a technical issue on Friday, he would have finished a lot closer to the front runners.

Meanwhile, APRC full-time returnee Sanjay Takale failed to finish Rally Whangarei, after yet more mechanical troubles on the final day of the season-opener.

Takale had already lost a heap of time on Saturday with electrical issues necessitating lengthy repairs to his car.

In all, only four drivers finished the rally with half of the field hit by technical gremlins and other issues.