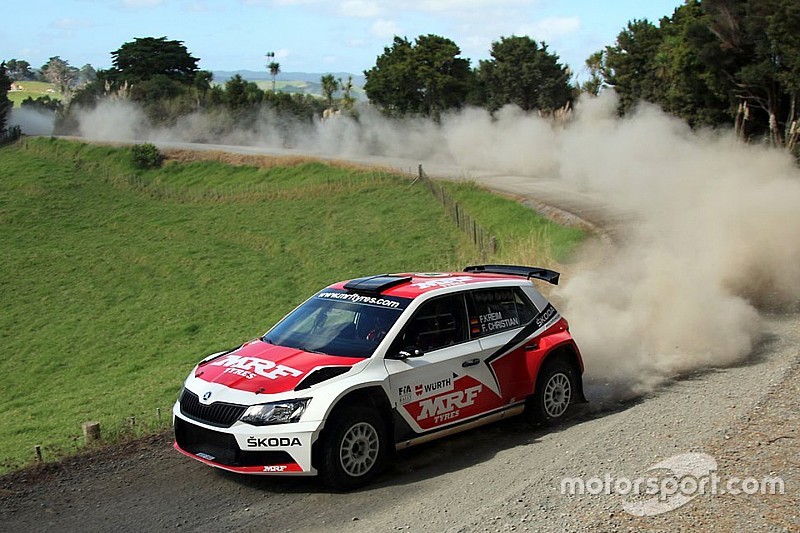 Fabian Kreim headed teammate Gaurav Gill at the end of the opening day of Rally Whangarei, in the Asia-Pacific Rally Championship.

The duo driving the new Skoda R5 took the lead of the rally, after two short super special stage, held on Friday.

Debutant Kreim (with Frank Christian) ended 1.2s ahead of the experienced Gill (with Glen Macneall), after the Indian was held up due to a stalled Mike Young, in the first stage, where the 2013 champion, lost time.

But the Delhi-based driver bounced back in the second stage, to go faster with a time of 49.9s to Kreim's 51.1s, to truncate the lead of his teammate, to half.

The result, could however change, giving Gill the advantage, as the incident between the Indian and Young is under investigation.

“During the first run, we were stopped as Mike Young who had started before us, was stranded on a right-hander," said Gill.

"As soon as we stopped, we were asked to proceed. That cost us time. We will be the first car out and so, will be sweeping the Stages."

Finishing third was Team Peddars' Scott Pedder (with Dale Moscatt) driving the Subaru Impreza, a full six seconds off, from the leader.

India's Sanjay Takale, upon his fulltime return to APRC, finished fourth in his Subaru, 11.8s off Kreim, as teammate Young couldn't get going due to electrical issue, hoping to be back on Day 2.

Saturday will see further eight stages, with the final day having six more stages, to round up the event.